The Police Service has said that it will not be pushed into making arrests over the killing of investigative journalist, Ahmed Hussein-Suale, without evidence, despite pressure from the public and the media.

There was uproar over the murder of the TigerEye PI investigator by unknown gunmen on a motorbike over a week ago.

The police have since come in for strong criticism for failing to make an arrest so far despite a few eyewitness accounts of the incident.

The Director General of the Police Public Affairs Directorate, ACP David Eklu, confirmed on Eyewitness News that the Police has interviewed a number of persons including former GFA President Kwesi Nyantakyi, whose fall from grace was occasioned by the Tiger Eye PI team’s Number 12 investigation.

There have also been calls for the arrest of Member of Parliament for Assin Central, Kennedy Agyapong, after  he openly called for retribution against Ahmed-Suale on TV in the heat of the release of the #Number12 video in July 2018.

ACP Eklu stated that, while the two men were indeed questioned over the incident, the police will not be pressured into any arrests without any proof of guilt.

“They did some work that led to exposing the rot that led to [Nyantakyi] being banned so we had to talk to him. Ken Agyapong was interviewed last week Thursday, and I understand he then flew out of the country. He was either interviewed in his home or office. But he was not invited as people have put out. The investigators went to him. It’s a process.

“We are going one by one, eliminating and flagging suspects. Sometimes it’s better you are sure about the quality of information you get rather than rushing to please the media. The way the media wants it, it doesn’t happen in real policing that way. I’ve had over a hundred calls asking me when we are arresting Kennedy Agyapong because the media wants that news while that might even divert attention from what we are actually looking for.”

He however said he “can’t tell” whether Anas Aremeyaw Anas has also been queried over the death of his colleague.

ACP Eklu reiterated the police’s commitment to finding the killers, stating that they were marshaling all their resources to ensure the family of the killed investigator gets some closure.

He added that the police had employed the services of a sketch artiste to get a rendering of the faces of potential suspects from eyewitnesses.

“We are engaging the services of a cartographer to give us an impression of the suspects, but that is in the process of being done because we want to be sure that the description is accurate. We want to be sure that the person who said he saw them can give us a description that will be close enough to aid in the investigation. We don’t want to rush and come out with a figure that will be deceptive.” 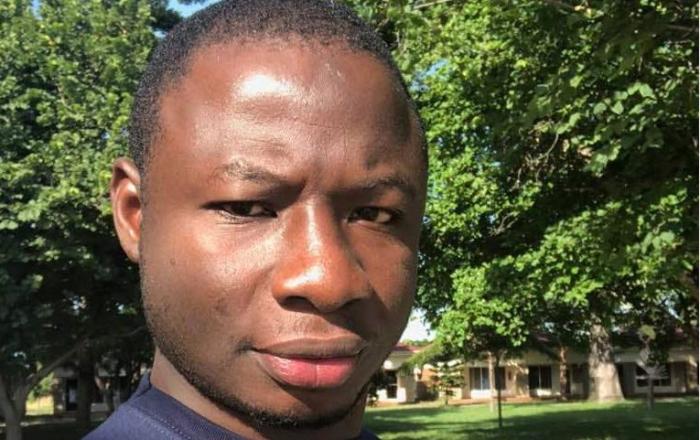 Ahmed Hussein-Suale was shot three times on that fateful evening in a murder that shocked and drew condemnation from the global media landscape.

He is reported to have been at the forefront of the meeting with the disgraced GFA President, Kwesi Nyantakyi, who was the biggest casualty of the exposé.

Aside from his work on #Number12, he  has also cooperated with the BBC on some investigative pieces as part of his work with Tiger Eye PI including a perilous investigation into ritual murders in Malawi.

A number of local and foreign institutions have called for thorough investigations into the murder, including the Ghana Journalists Association, the US Embassy, the European Union and FIFA.