A rhino, a giraffe, two lions and two hyenas were electrocuted when the power line came down in Kruger National Park.

Local media report that the giraffe and rhino died first, and the lions and hyenas were killed by the live wire while trying to eat the carcasses.

Rangers came across the disturbing scene while taking engineers to the site to restore electricity.

Isaac Phaahla, a spokesman for South Africa National Parks (SANParks), told the BBC the animals died last Friday in the Skukuza section of the park. 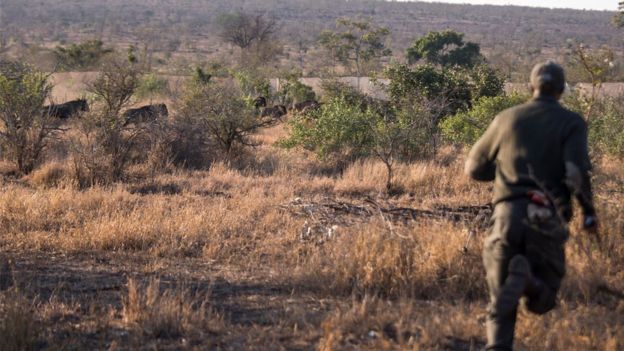 “The animals were electrocuted after heavy rains and strong winds brought down a power line,” he said.

On Tuesday, a spokesman told reporters the park had reports of four other dead animals in January so far. “Two of them have been confirmed as poached, and two of them are under investigation,” he said.