The Grand Lodge of Ghana has refuted claims and perceptions that Freemasonry is a secret society engaged in human and other sacrifices for wealth and power.

According to the mother body of Freemasons in Ghana, the group has unfortunately become synonymous with occultism and evil practices of idol worship because of the activities of unscrupulous persons who would do anything for fame and wealth.

However, the Grand Master of the group, Most Worshipful Bro Naval Captain Kwadjo Adunkwa Butan, insists that the primary purpose of being a Freemason is to serve and to make the world a better place for humanity.

“We are humans just like everybody else. We do not possess special powers or have secret gods we worship; and being a Freemason does not give money, power or fame,” he said on Thursday at the launch of the group’s 10th anniversary at the Kempinski Hotel in Accra.

Another member of the group, the Chairman of the Grand Lodge Masonic Education Committee, Right Worshipful, Abraham Gyasi in an interview added that the group was rather into philanthropy.

“The misconceptions you have been hearing, they are not true, we don’t kill other people, we don’t drink blood, we are not an occult organisation but an organisation of very decent and respectable men,” Right Worshipful Gyasi told the GraphicOnline in an interview on Thursday. 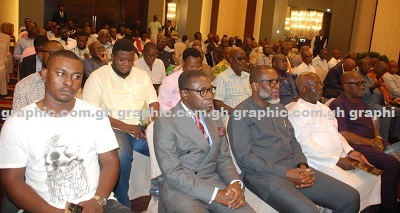 The event brought together individuals from all walks of life, including teachers, public servants, traders, judges, traditional rulers, statesmen, clergymen and farmers.

The ceremony was used to celebrate 10 years of dedication in helping to build a fairer, more kind and just society. The year-long anniversary celebration will also be used to dispel negative perceptions about society.

The group has scheduled numerous charity events, seminars and a number of engagements with the media to improve public knowledge about their activities.

The main Grand Lodge meeting will be held in Kumasi in May this year.

Freemasonry is a way life with over four million people worldwide. In Ghana, however, there are over 1000 Freemasons.

The first record of Freemasons meeting in Ghana extends back to the 1800s. Since then, freemasons have regularly met in groups known as Lodges to improve themselves and to plan and undertake many quiet acts of charity to their communities.

“Freemasonry is founded on the belief of the Supreme Being. Truth is the Freemason’s core belief, that honesty and integrity must guide all our actions in life whether in business or in private life,” Naval Captain Kwadjo Adunkwa Butan said. 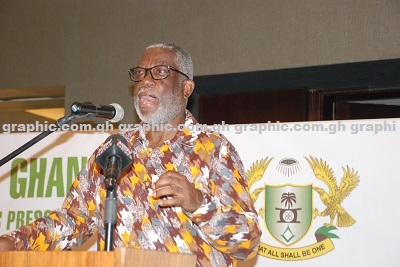 He further cautioned the public against the operation of groups which posed as Freemasons, guaranteeing wealth and power in exchange for certain sacrifices.

“Recently, films and banners with false promises of strange imaginary powers and benefit of being a freemason have been published by unscrupulous people to deceive the general public. Being a Freemason will not give any member money, power, fame and fortune. Freemasonry is not involved in politics and religion,” he stressed.

He advised persons interested in joining the group to visit their appropriate offices to go through the proper procedures of registration.

For His part, the Grand Secretary of the body, Babacar A. Barry said the problem persisted because they had not done enough publicity to sensitise the public of who they really were.

He said for instance, that Lodges across the country had undertaken so many charity driven activities which were not made public and stressed on their resolve to go public through the media this time round.

“We have done a lot of good that people do not know because we do not advertise them. We have donated specialised medical equipment and blood to hospitals and Information and Communication Technology equipment to schools. We have also offered mentorship and scholarship to needy but brilliant students in the country,” he said.