A group calling itself the Concerned Mothers Association of Takoradi staged a demonstration ON Thursday to register their displeasure over President Nana Akufo-Addo’s silence on the three kidnapped girls in his State of the Nation Address in Parliament. 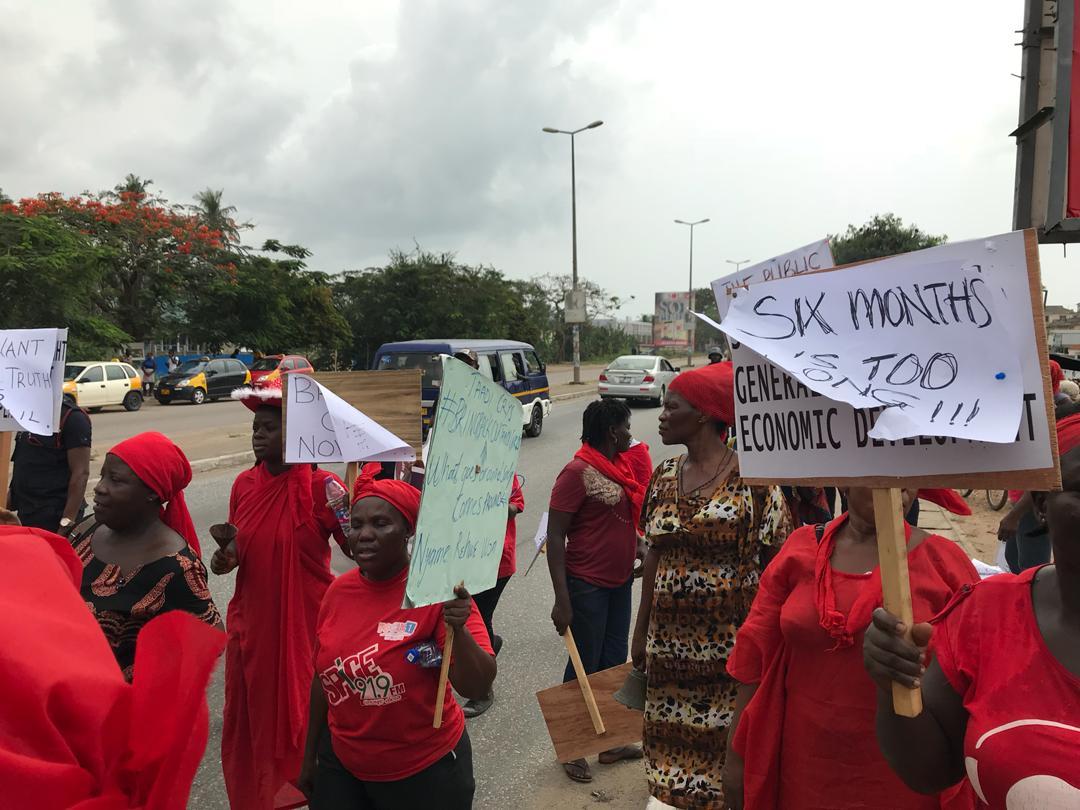 The group said the President failed to state what the government is doing to find the abducted girls.

The demonstration involved mothers from various women groups including the Hairdressers Association and the Women in the Media Association. 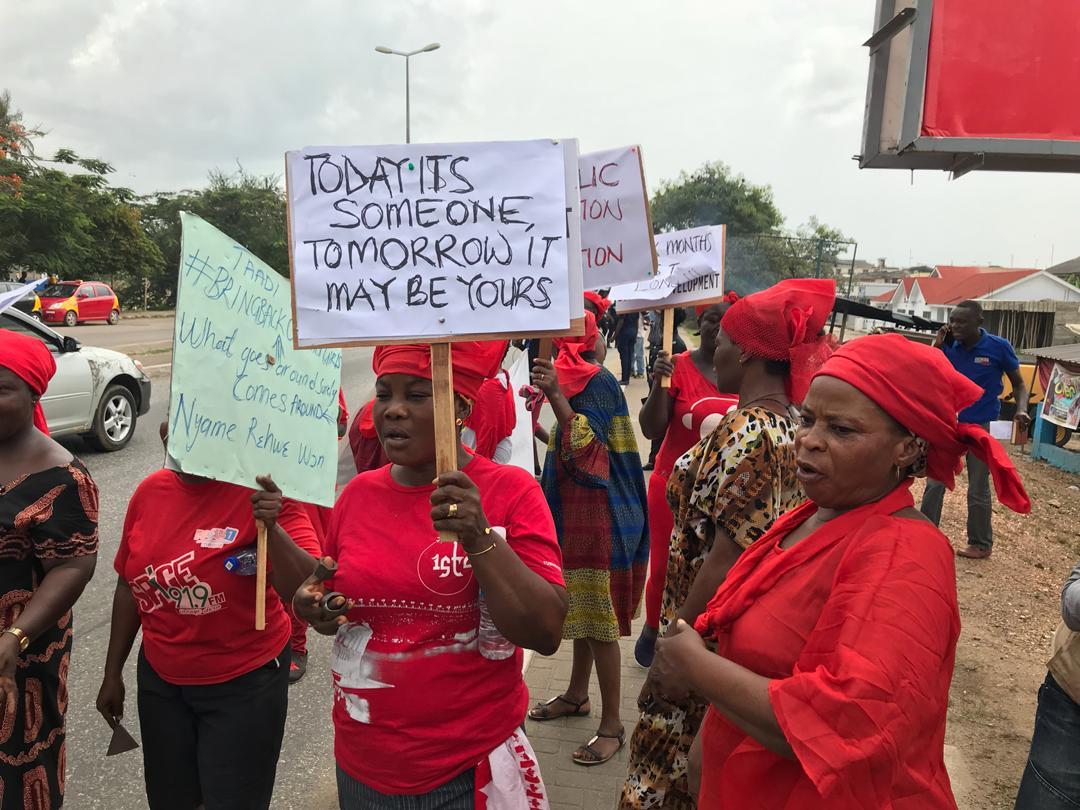 The group also petitioned the President and the Sekondi Regional Coordinating Council over the development.

At least three girls in the Sekondi-Takoradi metropolis in the Western Region have been reported missing.

They are believed to have been kidnapped between August 2018 and January 2019. 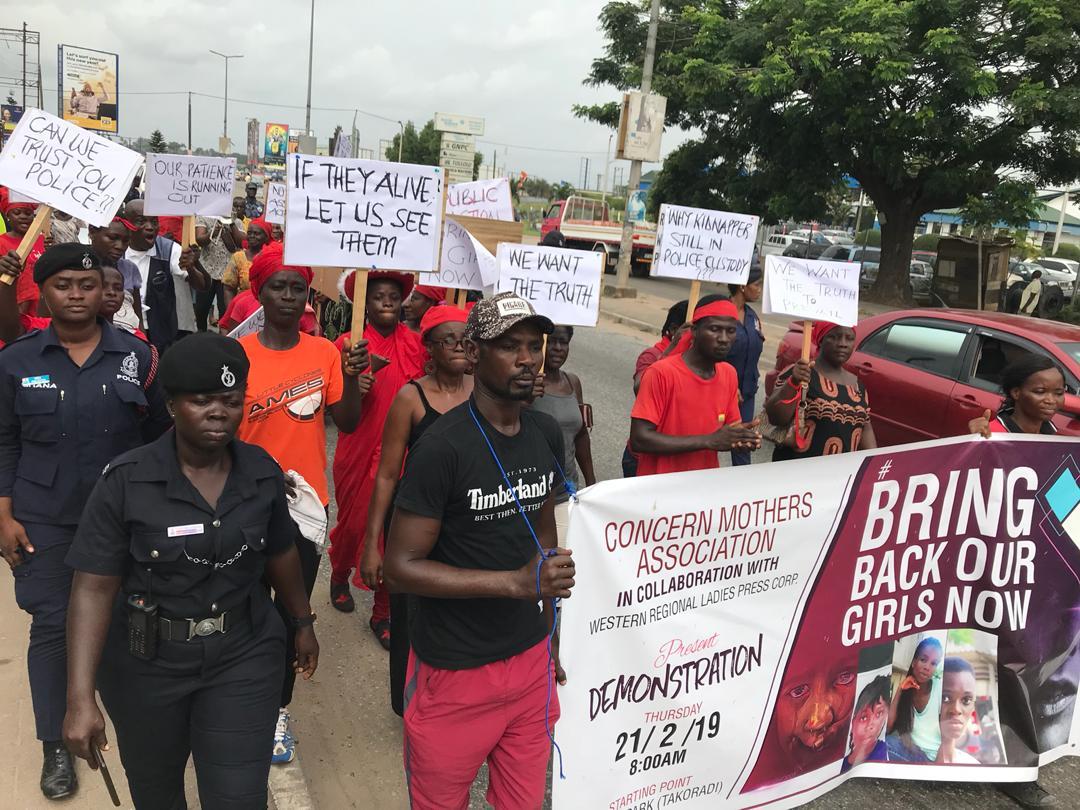 Three of the victims, including Rita Quayson were reportedly kidnapped by one Samuel Udoetuk Wills, who was arrested earlier this year, 2019.

Samuel Udoetuk Wills is currently in police custody and being tried for breaking jail. 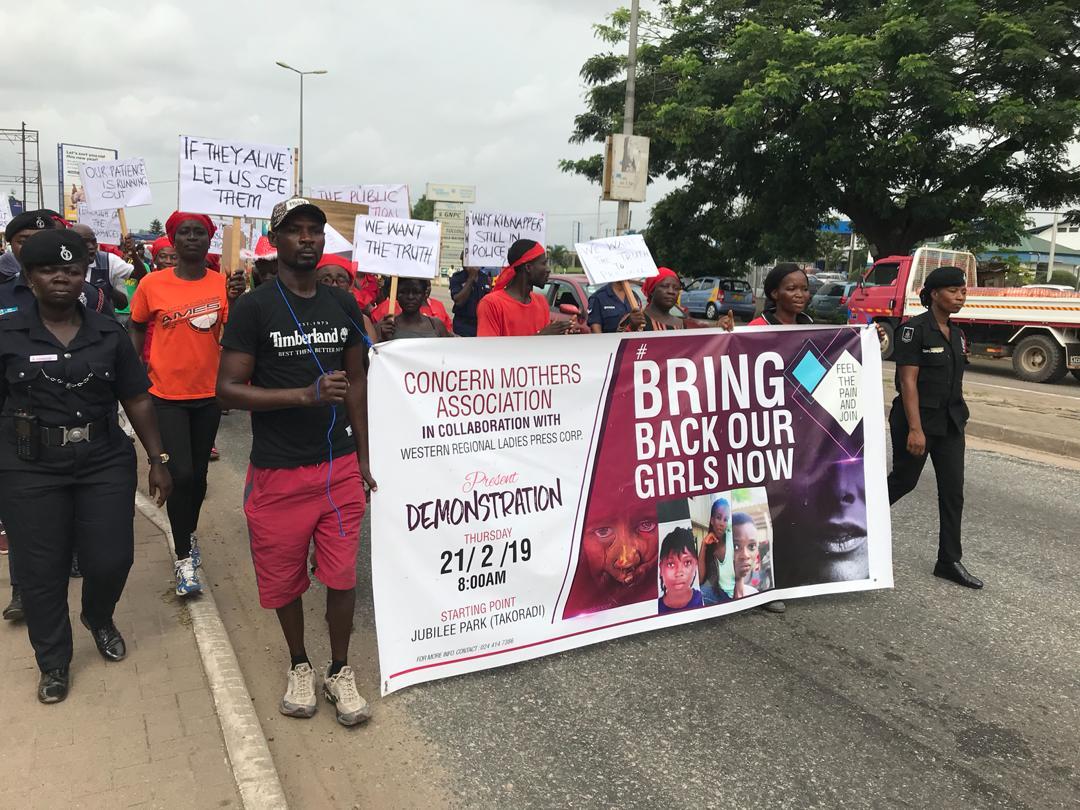 He has failed to provide the location of the kidnapped girls.

The Police are currently under public pressure to find the kidnapped girls but they have assured the public of working on new leads to find the missing girls and bring the perpetrators to book.

Ghana and security agencies in the United Kingdom and the USA are also collaborating to find the kidnapped girls.