Three people are feared dead after a Pontiac Vibe which was heading to Accra from Cape Coast was involved in a head-on collision with a Toyota Hilux pick up which was also heading to Winneba from Accra.

According to James, an eye witness who spoke to Citi News, the Pontiac Vibe had four persons on board while the Toyota Hilux which belongs to the Rural Enterprise Programme in Bechem in the Tano South District had three occupants.

He explained further that the Pontiac Vibe which was heading to Accra from Cape Coast was overtaking another vehicle at Potsin Junction in the Central Region but lost control and run into the Toyota Hilux pick up. 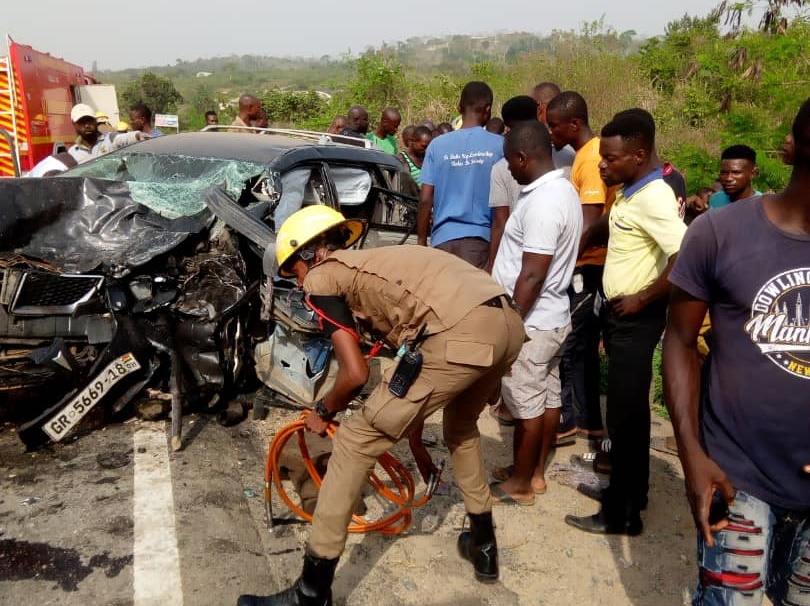 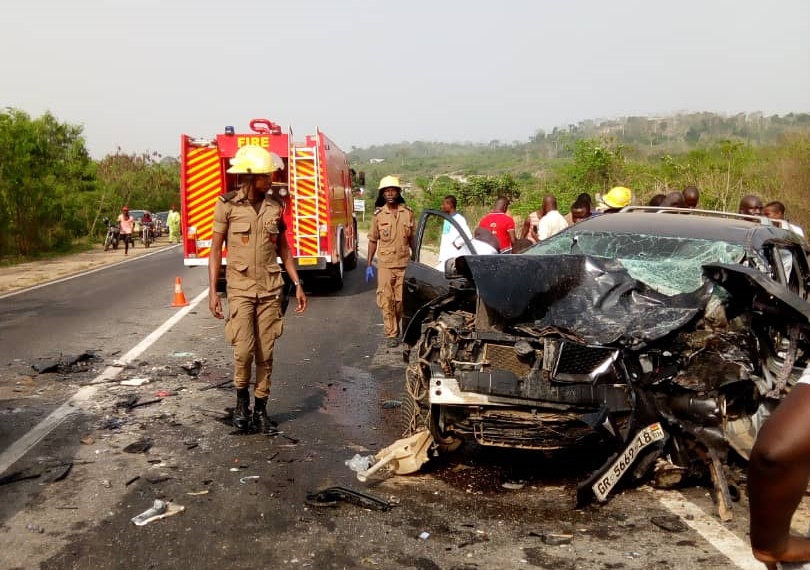 “The Pontiac Vibe was overtaking another vehicle and lost control running into the Toyota Hilux car,” James said.

According to the eye witness, three persons from the Pontiac Vibe are feared dead.

“Three persons from the Pontiac Vibe are reportedly dead and their bodies have since been deposited at the Winneba Trauma Morgue,” the eye witness indicated.

“But the occupants of the Toyota Hilux pick up who sustained minor injuries have also been sent to the Winnba Trauma Hospital for treatment,” the eye witness added.

However, Police and Fire Officers from Winneba were quickly deployed to the scene.