A British MP has become the first sitting politician for 30 years to be jailed after she lied to police when she was issued with a speeding ticket.

Solicitor Fiona Onasanya had denied being behind the wheel when her car was spotted being driven at 41mph in a 30mph zone, in July 2017.

The Peterborough MP was thrown out of the Labour Party after being convicted of perverting the course of justice.

She has been jailed for three months after a re-trial at the Old Bailey.

The court heard evidence Onasanya was texting as well as speeding, during the summer recess.

Her brother Festus was jailed for 10 months for his involvement, after pleading guilty to the same charge. 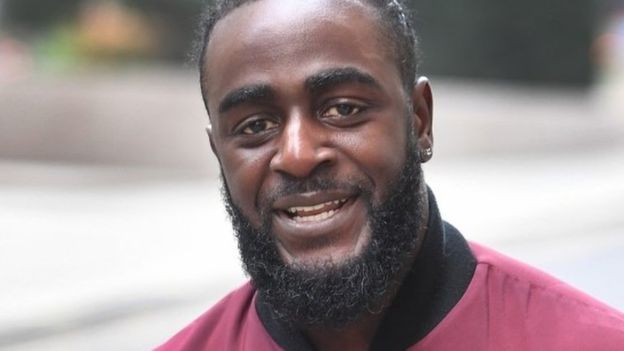 Onasanya was elected as Labour MP for Peterborough in June 2017, six weeks before committing the offence, in Thorney, Cambridgeshire.

Festus Onasanya was jailed for 10 months after admitting perverting the course of justice
She had ousted Conservative Stewart Jackson, who had held the seat for 12 years.

Sentencing Onasanya, Mr Justice Stuart-Smith told he she had made a “disastrous decision” and that “evidence that you didn’t know what you were doing, as a qualified solicitor is incredible”.

He said Onasanya “had been an able parliamentarian and a role model.”

“You have not simply let yourself down, you have let down those who look to you for inspiration, your party, your profession and Parliament,” he told her.

The prosecution told the court she went on to collude with her brother Festus to avoid being subject to the speeding ticket.