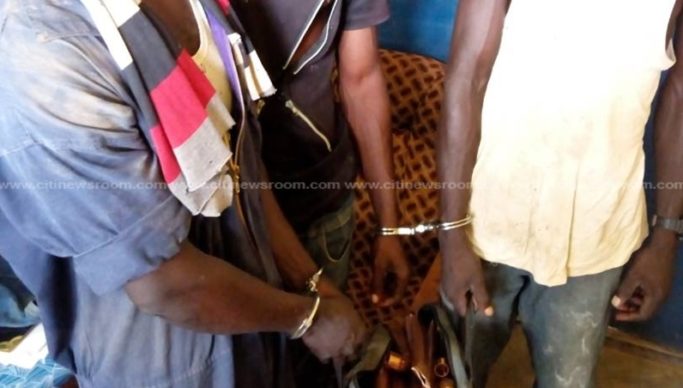 Eight persons including alleged illegal miner Kwesi Bantama, have been arrested in Gbani in Talensi following the death of 16 persons in a mining pit in the area.

Five of the arrested persons were workers of the Shaanxi Mining Company according to DCOP Paul Ayertey, the Deputy Upper East Police Commander said on Eyewitness News.

“All those we believe are complicit in the matter have been arrested and investigations are ongoing… so far we have picked as many as eight or so.”

“If he [Kwesi Bantama] is complicit, obviously, he would by now have been picked up,” DCOP Ayertey said on the matter.

Explaining why persons from the Shaanxi company have been arrested, he said: “we need to sample information from all who we believe have something to tell us from either side.”

The accident occurred on Wednesday near a Shaanxi mining site, but the company has distanced itself from the incident, blaming it on one Kwasi Bantama.

The Shaanxi Mining Company was still ordered to halt operations at Gbani following the deaths to allow for investigations.

This is the second of such suspensions following an incident in 2017 that claimed seven lives.

The bodies of the 16 miners who lost their lives in the Talensi mine explosion have been released to their families for burial.