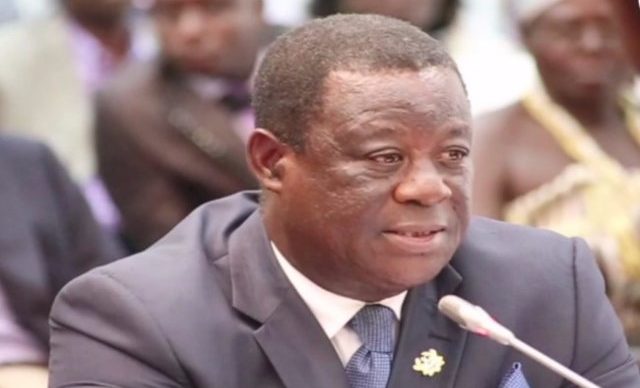 The Roads and Highways Ministry has announced that it will soon release a new tolling policy as part of efforts to address and modernise general toll collection methods on the country’s roads.

Kwasi Amoako-Atta revealed this when he took his turn at the Meet-The-Press series organised by the Information Ministry Tuesday.

With tolls representing the second biggest share of revenue to the Ghana Road Fund, he is expecting “that the launch of the National Tolling Policy would improve revenue mobilisation efforts by the Ministry and curb revenue losses and leakages.”

The Fund is mandated to provide funds to finance routine maintenance, periodic maintenance and rehabilitation of public roads.

It generates its revenue from fuel levy, bridge, ferry and road tolls, vehicle licensing and inspection fees, international transit fees as well as other charges in consultation with Finance Minister.

Touching on road safety, the Minister announced an improved Road Safety program at an estimated cost of $7.22 million.

Issues of road safety have become topical in recent times with the National Road Safety Commission recently announcing that by June 2018, the Commission had recorded 1,212 deaths as a result of road traffic accidents.

“The project consists of a road accident database management system (RADMS), a Lollipop program in 500 schools, training needs assessment and other activities agreed with the National Road Safety Commission (NRSC),” he explained.

The Minister also announced the introduction of Labour Based Works in furtherance of the government’s policy of creating more jobs and decent work to alleviate poverty.

This involves the construction of feeder roads using the Labour Based Technology.

“If planned investments were made in the construction of feeder roads using the Labour Based Technology there was going to be a boost in employment with about 90 workers per contractor,” Mr Amoako-Atta said.

According to him, the project is also going to increase access to farm inputs, markets and promote agriculture as well as bridge the vast infrastructure gap which is critical to accelerating economic growth of the country.