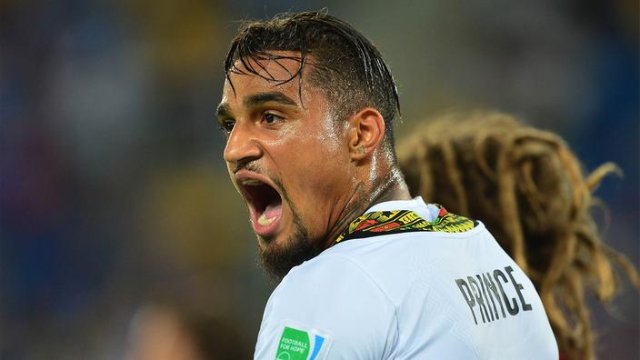 President of the Sports Writers Association of Ghana, Kwabena Yeboah has vehemently opposed Kevin-Prince Boateng’s return to the Black Stars.

Boateng made a shock switch to Spanish giants Barcelona on loan from Sassuolo last week and that has re-ignited calls for him to be given another chance to feature for the senior national team.

The German-born is serving an indefinite suspension from Black Stars was thrown out of Ghana’s squad at the 2014 FIFA World Cup in Brazil for gross indiscipline and verbally abusing head coach Kwesi Appiah, who was still in charge.

“Yes he[Kevin] is playing well, but what people forget is that if you are constituting a team, it is not about who can play but it is also about temperament and discipline. You do not need a character who will be cancerous to the dressing room because it is a collective effort,” the veteran sports journalist said on Joy Sports Link on Joy FM, Saturday.

“But people have a divergent opinion and I am not going to argue with anyone. If the manager of the team decides that going forward he wants him[Kevin] to be part of the team so be it but if I was in charge there would be absolutely no way.”

Kevin has been capped 15 times by Black Stars and has scored two goals since his debut against Latvia in 2010.