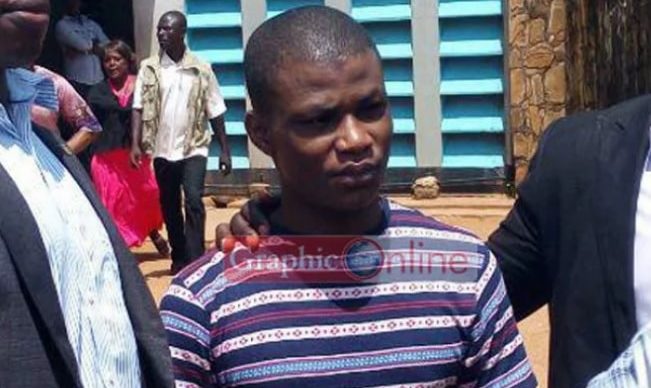 The Accra High Court has ordered the court’s registrar to write to the Legal Aid Scheme to provide a lawyer for Daniel Asiedu, the man alleged to have killed Mr J.B. Danquah-Adu, the Member of Parliament for Abuakwa- North, in 2016.

The court, presided over by Mr Justice George Buadi, gave the order after Asiedu a.k.a. Sexy Don Don came to court without a lawyer and also rejected the services of the lawyer who represented him during the committal proceedings at the Accra Central District Court.

Asiedu further told the court that he does not trust any lawyer in the country and, therefore, he wanted the services of a lawyer from the International Criminal Court (ICC).

According to Asiedu, lawyers from the ICC are truthful and will represent his best interest.

In response, Mr Justice Buadi told the alleged murderer not to have such perception about lawyers in Ghana because any lawyer appointed to represent him will defend him properly.The judge also told Asiedu that only lawyers called to the Bar and licensed to practice in Ghana can defend him.

Mr Danquah-Adu was murdered in his residence at Shiashie near Accra on February 9, 2016.

Prosecutors have charged Asiedu and Bosso with conspiracy to commit robbery, while Asiedu has been charged separately with murder and robbery.

The prosecution’s facts as presented by Ms Sefakor Batse, a Senior State Attorney, were that Mr Danquah-Adu lived with his family in a one-storey house at Shiashie, near East Legon, a suburb of Accra, while Asiedu and Bosso lived at Agbogbloshie, also in Accra.

She said Asiedu and Bosso planned to go on a robbery spree after arming themselves with a screw driver, scissors, catapult and knife.

The two, she said, left their base on February 8, 2016, to commit the robbery, but due to a misunderstanding about which house to rob, Bosso parted ways with Asiedu and returned home.

Ms Batse stated that Asiedu then boarded a car to Shiashie, scouted the area and picked out Mr Danquah-Adu’s house.

The MP, she added, returned home from work at about 11 p.m. and retired to bed.

“Asiedu entered the house at about 1a.m. on February 9, 2019 by scaling the wall. He then used a ladder to climb to the MP’s bedroom porch and entered the bedroom through a window, ’’ she said.

The prosecutor further stated that Asiedu started searching the room but the noise woke the MP who struggled with Asiedu.

“Asiedu stabbed the MP in the neck and chest which made him collapse, and later made away with three mobile phones belonging to the MP,’’ she added.