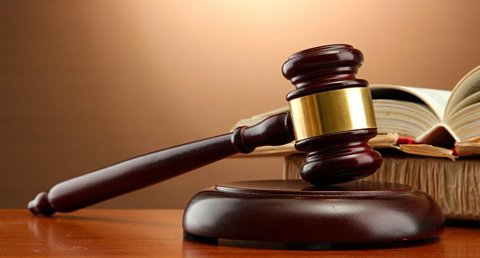 A dismissed police officer and two staff of Energy Bank Ghana Limited have been dragged before court for extorting GH?70,000 from a Chinese woman who is being investigated by the Economic and Organised Crime Office (EOCO).

Cyril Lumor Frank, who was dismissed from the Ghana Police Service for misconduct, was said to have conspired with two staff of Energy Bank Ghana Limited- Mark Boakye and Prosper Kwahie Sossoe- to extort the money from the unsuspecting Chinese.

EOCO had written a letter to Energy Bank requesting information on three Chinese, who are under investigation by the anti-graft body.

But the information was leaked by Mark Boakye to Cyril Lumor.

Armed with the information, Lumor approached one of the Chinese nationals under investigations, Esther Chen and posed as Charles Ofori who is a staff of EOCO.

Mr. Lumor demanded $15,000.00 from the Chinese and promised her that he would end the investigations.

The Chinese, out of fear, gave him GH?65,000 which was shared among the three accused persons.

The anti-graft body saw the dismissed cop taking the money from an agent of the Chinese.

He was arrested and the money seized by EOCO.

The three were hauled before an Accra Circuit Court on 11 counts, including defrauding by false pretences, abetment to defraud, money laundering and personating.

They were granted bail in the sum of GH?70,000 with two sureties.

A surety, according to the court, presided over by Harriet Akweley Quaye, should be person in gainful employment with a salary of not less than GH?1,500.00 a month.