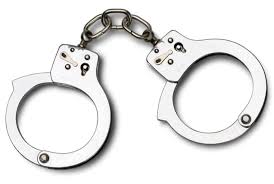 A 24-year-old unemployed, Enoch Aboagye, is in the grip of the police for allegedly breaking into the building housing the main branch of the GCB Bank in Sunyani to steal GH¢40,000.

The suspect broke into the building through the ceiling at about 1:40 p.m. last Tuesday and made away with the money.

He was, however, accosted by a security man, Mr Moses Adjei, who spotted him attempting to jump down from the ceiling of the bank’s Automated Teller Machine (ATM) room.

The suspect is believed to have stolen the money from the ATM machine, since there was no activity in the banking hall, which is currently under renovation.

He said when a search was conducted on the suspect, the GH¢40,000 suspected to have been stolen from the bank was found.

According to him, the suspect might have gained access to the bank through the celling because the facility was being renovated, as a result of which the bank had moved its operations to a temporary structure.

Mr Oppong indicated that the suspect, who was in police custody, was assisting in investigations.