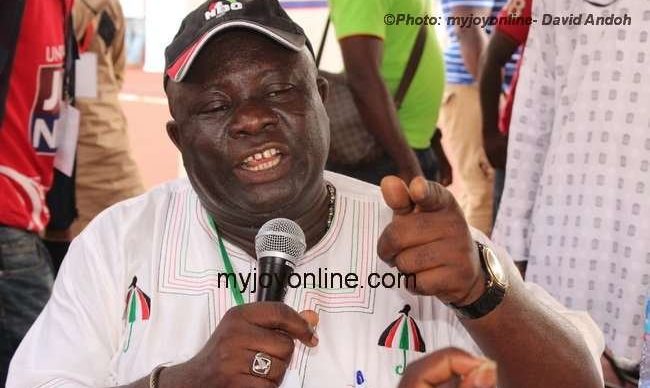 Former Deputy Ashanti Regional Minister, Joseph Yamin and the former Municipal Chief Executive for Ejisu-Juabeng, Afrifa Yamoah-Ponkoh, have been interrogated by the police.

This is in connection with the fatal shooting at the party’s Kumasi Office on Monday.

The two former appointees in the erstwhile John Mahama administration were questioned regarding the confusion and the shooting to death of a man. Another has been left battling for his life when gunmen stormed the party office and opened fire on them.

According to an eye witness, the assailant, associated with an NDC militia, the Hawks, shot an NDC man thrice. First in the leg as he runs and twice in the chest at close range as he lay vulnerable.

About 15 armed security men in two police vehicles stormed the Fumesua residence of Yamoah-Ponkoh and conducted a search at the place before they asked him to follow them to the Regional Command to give “an ordinary statement,” he told journalists.

“It was more of a friendly kind of thing [conversation],” he added.

Yamoah-Ponkoh was released later Tuesday afternoon while the former Deputy Minister has also been invited by the police, the reporter added.

The Ashanti Region Police is on a manhunt for four key persons said to be connected to the crime. They are Husein Barnabas, also known as Warrior, Mijima, Damos, and Abu Taliban as named in a statement issued by the police.

General Secretary of the NDC, Johnson Asiedu Nketia has told Joy FM, the party will not shield the perpetrators.

“We have indicated that crime has no party colours. We don’t know who perpetrated this but because of the presence of the eyewitness, I am sure it will not be difficult for the police to get people to identify the perpetrators. Whoever did this should be picked up and dealt with according to law,” he added.