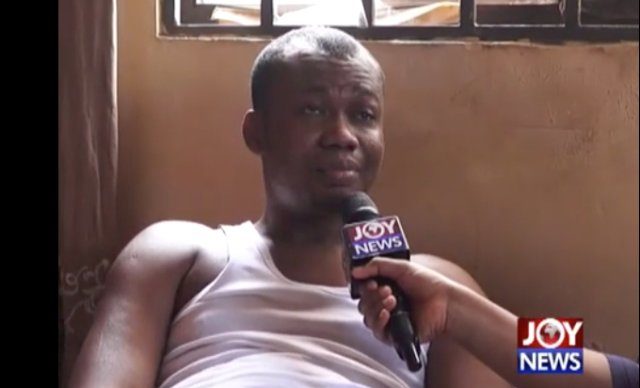 A 36-year-old paralyzed man is left to his fate after monies he set aside for his spinal reconstruction, got locked up in failed gold dealership firm, MenzGold.

Dennis Ayimbila needed $88,000 for a spinal reconstruction after he was paralyzed when he was involved in an accident that happened on the Kintampo stretch in 2010.

He said he was told at the Kintampo Government Hospital after he undertook an MRI scan that, he will not be able to walk again.

In January 2018, an insurance company compensated Mr. Ayimbila with ¢120,000 which he intended to seek treatment in China.

The ailing man who said his condition has affected the control of his bladder and was determined to get medical assistance.

“I was looking at investment opportunities so I invested the money so I can recoup and treat myself. After several consultations a friend introduced me to Menzgold,” he Joy News’ Nancy Emefa Dzradosi.

With the collapse of the gold dealership firm, Mr. Ayimbila now cannot pay for his treatment or afford three square meals a day.

After nine years, he is still confined to his room with another condition called bed sores.