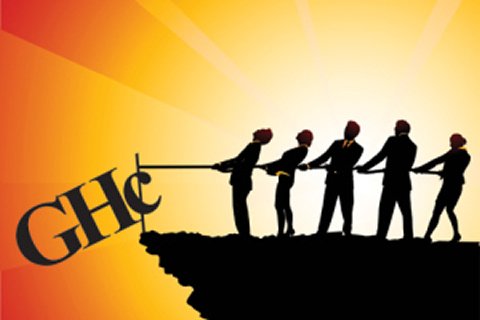 The gradual depreciation of the Ghana cedi against the American dollar and the British pound sterling seems to be taking a heavy toll on importers.

The local currency is still struggling to stabilise against the major international currencies with the US dollar, selling at between ¢5.00 and ¢5.20.

Checks on Monday showed a significant depreciation against the dollar with some currency dealers asking for ¢5.30 and ¢5.32 for a dollar.

They say it is due to limited supply of the dollar for business with some of the commercial banks saying the cedi’s problems have gotten worse because there is more cedi chasing few dollars for businesses.

According to them, they need the dollars to import products while the decision for some multinationals to repatriate their profits and pay dividends has also contributed to the situation.

Some traders who spoke to Joy News’ Komla Adom say the fall of the cedi is heavily reducing their profits.

“None of the items I sell is manufactured in this country, and after selling I have to change my money into dollars to travel abroad to buy new products.

“Since one cannot travel every week, by the time you finish selling to gather a substantial amount to go and buy the dollar you would have lost a lot of money,” an importer of computers in Accra said.

“Only last week, someone requested a number of goods and after changing my cedis into dollars, I lost close to ¢6000. And this is too much and you are left with nothing after paying utilities,” she lamented.

Some of the currency dealers and traders have also blamed the Central Bank arguing that things wouldn’t have gotten back if the dollars had been on the market.

However, persons close to the Bank of Ghana (BoG) have rejected this argument insisting it needs to be strategic with their interventions to ensure it does not deplete all its reserve, which is said to be more than $7 billion.

Some economists have said it is time the BoG steps in now and not wait for things to get out of hand before it reacts.