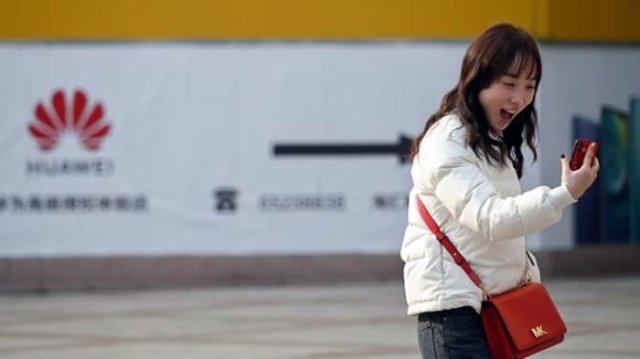 Chinese telecoms giant Huawei has denied any wrongdoing after US prosecutors filed a host of criminal charges against the firm.

Huawei has also rejected criminal claims against its chief financial officer Meng Wanzhou, who was arrested in Canada last month.

The charges filed against Huawei in the US include bank fraud, obstruction of justice and theft of technology.

The case could escalate tensions between China and the US.

In a statement, Huawei said it was “disappointed to learn of the charges brought against the company today”.

It said it didn’t commit “any of the asserted violations” and that it “is not aware of any wrongdoing by Ms Meng”.

The statement said the allegations of stealing trade secrets were the subject of a settled civil suit, in which a jury found “neither damages nor wilful and malicious conduct”.

What are the charges?

The indictment, announced on Monday, alleges Huawei misled the US and a global bank about its relationship with two subsidiaries, Huawei Device USA and Skycom Tech, to conduct business with Iran. 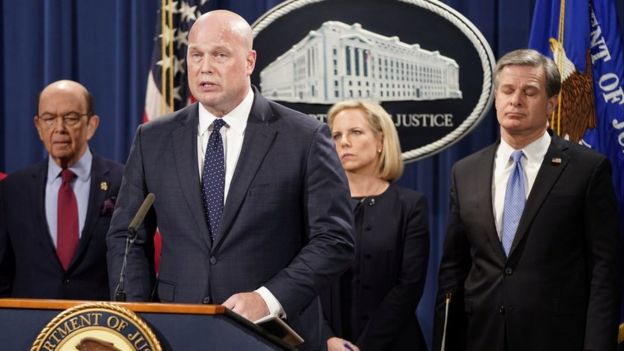 Image caption: The US announced charges against Huawei, several of its subsidiaries, and its chief financial officer Meng Wanzhou

US President Donald Trump’s administration has reinstated all sanctions on Iran removed under a 2015 nuclear deal and recently imposed even stricter measures, hitting oil exports, shipping and banks.

Huawei said it settled the dispute with T-Mobile in a civil case filed in 2014.

The firm’s technology, known as Tappy, mimicked human fingers to test phones.In all, the US has laid 23 charges against the company.

Mr Wray said companies like Huawei “pose a dual threat to both our economic and national security”.

At a briefing in Beijing, government spokesperson Geng Shuang said there were “political motivations” behind US attempts to “smear and suppress certain Chinese companies”.

“We urge them to treat Chinese enterprises in a fair and just way.”

Huawei is one of the largest telecommunications equipment and services providers in the world, recently passing Apple to become the second biggest smartphone maker by volume after Samsung.

But the US and other Western nations have been concerned that the Chinese government could use Huawei’s technology to expand its spying ability, although the firm insists there is no government control.

The arrest of Ms Meng, the daughter of Huawei’s founder, infuriated China.

She was arrested on 1 December in Canada’s western city of Vancouver at the request of the US.

The charges come as the US and China prepare to hold high-level trade talks in Washington this week.

US commerce secretary Wilbur Ross stated that the Huawei charges were “wholly separate” from ongoing trade negotiations with China.

However, the indictment focuses on the alleged theft of US technology, which has been a major sticking point in trade negotiations.

President Trump’s administration has imposed tariffs on $250bn (£190bn) worth of Chinese goods, prompting Beijing to respond with its own tariffs.