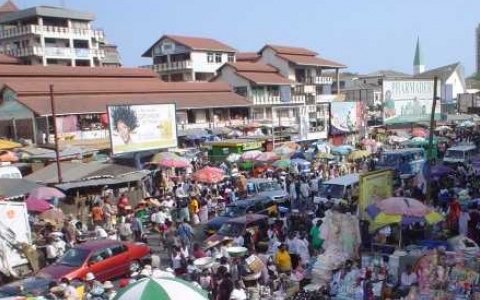 Ghana is expected to become the fastest growing-economy in sub-Saharan Africa with a GDP growth rate of 8.8% in 2019, according to International Monetary Fund’S (IMF) just-released 2019 GDP growth projections.

According to the IMF Ghana’s macroeconomic performance has significantly improved in the last two years under the Extended Credit Facility arrangement.

The latest report also suggests growth was robust in the first three quarters of 2018, on the back of oil production.

Inflation has continued to decline, to 9% in January 2019, within the Bank of Ghana’s band around the inflation target.

The fiscal position (excluding financial sector-related costs) has continued to improve in 2018, despite persistent revenue collection challenges; and the current account deficit was lower than anticipated,” the IMF noted.

The release further mentioned that Bank of Ghana resolved nine insolvent banks over a period of 18 months, in line with its commitment to clean up the banking sector; and structural reforms to strengthen public financial management and oversight of the state-owned enterprises have continued.

Meanwhile, the report state that the three biggest economies in the region – Nigeria, South Africa and Angola will grow the slowest.