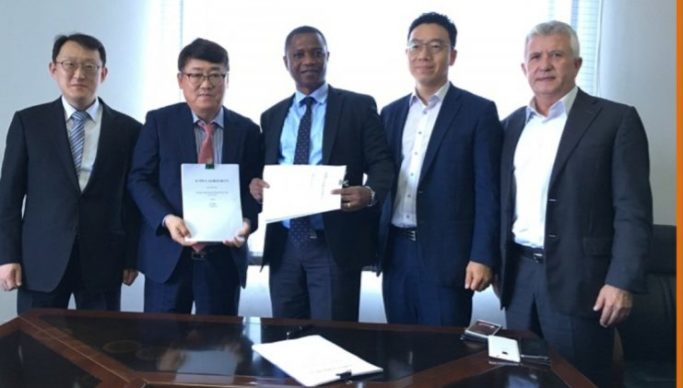 CUPIA Korea Customs Service (UNIPASS) has pulled down its single window website, barely one month after news broke that the Ghana National Single Window Software has been plagiarized.

The website of the supposedly newly built and superior system being brought by UNIPASS which displays “Ghana’s Trade Hub”, the existing facility of the government of Ghana
cannot not be accessed now.

When one tries to open the site with its domain name, the website displays: “This site can’t be reached. trade.gov.gh.services’server IP address cannot be found”.

Many stakeholders who spoke to the paper believes the Korean agency shut down the website in order to escape any law suit by the two existing operators over the suspected cloning of the existing system they are operating with.

Investigators recently launched probe into what is suspected to be the plagiarizing of Single Window software used by the government of Ghana and selling it back to the same government of Ghana at an estimated $180 Million through a 10-year sole sourced contract on the blind side of parliament and Cabinet.

The probe became necessary after it emerged that the supposed newly built and superior software with which Ghana Link Network Service Limited with its overseas partners, CUPIA Koria Customs Service (UNIPASS) was to operate, is no different from the existing systems already being operated by Ghana government.

The supposed system looks exactly like the existing Ghana Single Window system. It features, designs, and its operations resembles the current system, with one of its modules labelled UNI-PAARS (PAARS being the existing system used by Customs).

The website (now closed) of the supposedly newly built and superior system being brought by UNIPASS has posters and artworks of the existing operators.

Some Customs officers and freight forwarders who were privy to demonstrations of the new superior system expressed their confusion and called for immediate probe.

The suspected cloning has triggered investigations which could result in criminal prosecutions.

The suspected cloning of the National Single Window system is at a time portions belong to the two existing operators and could result in intellectual property law suits.

The suspected cloned system which has been re-named the Single Window and Customs Management System (UNIPASS) is what has been sold back to the government of Ghana for $180 million through an intriguing deal spearheaded by the Ministry of Trade headed by Alan Kyerematen.

On March 29, 2018, the Ministry of Trade and Industry signed a 10-year sole sourced contract with Nick Danso’s Ghana Link Network Service Limited and its overseas partners, CUPIA Koria Customs Service, to take over the Ghana National Single Window with what was said to be a newly built customized superior system.

Even though the takeover of the single window operations would cost the tax payers more money, the contract was signed without the involvement of all relevant stakeholders.

Per the contract terms, Ghana Link with its overseas partners, CUPIA Korea Customs Service will provide the trade facilitation and Customs Management System at a 0.75 percent fee (FOB) per their 10-year sole sourced contract with Ministry of Trade.

This means that Ghanaian importers will be paying about US$180 million for the UNIPASS system at the end of the company’s 10-year contract with Ghana based on the current import volumes.

This figure is outrageously higher than what the existing
vendors, West Blue and GCNet are currently receiving as a fee.