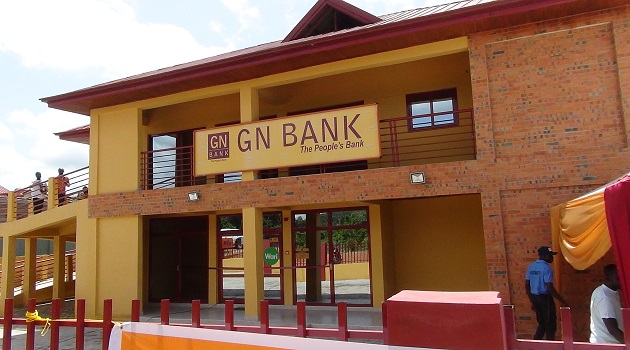 Scores of customers of GN Savings and Loans, which was until recently a licensed commercial bank, today, Wednesday, gathered at the company’s head office in frustration, to demand their investments.

According to them, the entity, which attained its Savings and Loans status in January 2019, following a cleanup of the banking sector, isn’t forthcoming with their savings.

The financial institution, which was incorporated on May 30, 1997, has in recent times faced liquidity challenges, and is unable to meet withdrawal demands of depositors.

The customers, who have come from various parts of the country, say they have been compelled to converge on the premises because they are unable to get their monies from the respective branches.

They are being given Ghc200 each irrespective of the amounts they are seeking.

Speaking to Citi News, some of the frustrated customers lamented the entity’s lack of communication with them.

“I came all the way from the Volta Region. Since, my salary is paid through this bank, I came here four months ago to seek clarity, but they gave me only Ghc200. I have more than Ghc3,000 in my account, I want to withdraw more than Ghc2000, but anytime I come, they give me Ghc200. Since October, all they give me is Ghc200 anytime I come and they are not telling me anything.”

Early in 2019, the Bank of Ghana(BoG), downgraded GN Bank to a Savings and Loans company.

By this, the bank, owned by businessman Dr. Papa Kwesi Ndoum, lost its banking license.

The Bank of Ghana made the announcement on Friday, January 4, 2019.

According to the Governor of the central bank, Dr. Ernest Addison, GN Bank had failed to meet the GHS 400 million minimum capital requirement by the 31st December 2018 deadline.

In what may be described as fear of losing huge investments, stranded customers of financial institutions such as Gold Coast Securities and First Allied Savings and Loans Company Limited continue to flood branches of the companies in an attempt to retrieve their monies.

But the President and Chairman of Groupe Ndoum, Dr. Papa Kwesi Ndoum, has called on Ghanaians to have confidence in the country’s financial sector.

He believes that is the only way the citizenry can be prosperous while assisting government achieves its Ghana Beyond Aid agenda.

His comments come at a time when there is a seeming loss of confidence in Ghana’s financial institutions due to the challenges some are presently facing. Seven local banks have collapsed within the last one year, as government moved to sanitize the sector.

“If Ghanaians will become prosperous, we must have strong indigenous financial institutions. If Ghana hopes to work “Beyond Aid,” we must support our own, the ones who have proven to deserve the nation’s support. Together, we will overcome the current challenge.”