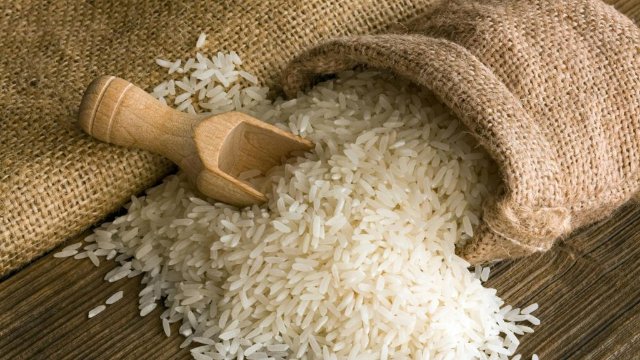 There are high expectations Genetically Modified Organism (GMO) rice currently under trials in Ghana will better the lives of ordinary rice farmers once released onto the market.

Known as the Nitrogen-use Efficient, Water-use Efficient and Salt Tolerant (NEWEST) rice, it has been engineered to use less nitrogen, be drought tolerant, be capable of growing in a salty environment and still give a good yield.

“This new variety will help us boost productivity and ensure farmers get a better yield from each hectare of farmland,” Dr. Maxwell Darko Asante, Plant Breeder and Principal Investigator in charge of the NEWEST rice project told Joy News in an interview.

Rice is a major staple food in Ghana and is the second most consumed cereal after maize. But estimates from the Ministry of Food and Agriculture indicate productivity on Ghanaian rice farms currently is only about 46 per cent of potential yield because of environmental and other challenges.

Soils in most parts of Africa have high levels of nitrogen deficiency and this has been identified as one of the major factors limiting yield on rice farms in Ghana. Farmers thus have to apply vast quantities of fertilizer to farm fields every planting season in other to grow rice successfully.

Additionally, poor rainfall patterns as a result of climate change limit productivity on fields because more than 90% of farm fields in Ghana are not irrigated. In coastal Ghana, high levels of salt in soils also makes growing rice there difficult.

“The challenges with rice production are several. Sometimes you apply a lot of fertilizer to the field and nothing changes. It’s always a big challenge. And the weather is not helping either,” rice farmer at Asutsuare in Southern Ghana John Awuku Dziwornu complained in an interview.

These challenges are what the NEWEST rice hopes to fix. Scientists at the Crop Research Institute of the Council for Scientific and Industrial Research (CSIR) in Ghana are leading ongoing trials to introduce the new variety in the country.

Through the work of California-based Arcadia Biosciences, the International Center for Tropical Agriculture, and the African Agricultural Technology Foundation (AATF), genes responsible for water efficiency, salt tolerance and nitrogen efficiency have been introduced into a popular rice variety in Africa, NERICA. Research institutions in Ghana, Uganda and Nigeria are evaluating the varieties to introduce the traits into local rice varieties.

“For this project, we have two different products that are coming out. First is nitrogen use efficiency alone. Then the second covers all three. We have not done field trials on the combined traits yet.

But for the nitrogen use efficiency, we have evaluated and screened it in the field and selected the best fertile ones that have the trait and performing well in the field,” Francis Onyekachi Nwankwo who is programmes officer at the AATF explained in an interview.

“This new variety will boost local rice production. We are looking at a space of about four years from now because we have to do environmental safety assessment and food safety assessment. Within four years, it should be able to get to the hands of the farmers,” he added.

Onyekechi Nwankwo observes the challenge with nitrogen deficiency and its impact on rice production in Africa is worrying.

“With nitrogen use efficiency, you are talking about nutrients. For everything you plant, you need nutrients. With rice, nitrogen is needed in the soil to make it grow well. In a soil that is deficient of nitrogen, you can see that you will have a poor harvest. And looking at African environment, fertilizer which gives nitrogen is not very much valuable and not affordable to farmers,” he explained.

Thus far, the trials in Ghana have shown good results with one of the three desired traits. The Nitrogen Use-efficiency (NUE) trait was introduced into an African rice NERICA and tested alongside its conventional counterpart.

Confined field trials that compared the new GMO variety with traditional varieties showed yield increased by between 14 and 25 percent in favour of the new variety.

Dr. Maxwell Asante explains the next phase of the project will see the backcrossing of the desired traits from the GMO NERICA varieties into popular local rice varieties in Ghana.

“So far, it’s just the NERICA4 which was transformed. Once the gene is de-regulated, then we can backcross it into most of the popular jasmine types that we have locally. That is the plan.

“If everything goes on as planned, for most of our popular varieties, we will have NUE or NEWEST versions of it,” the Principal Investigator Dr. Asante explained.

“You know our soils are depleted. Farmers don’t get the productivity that they deserve. If this works, it means farmers can get good yield by applying lower yields of fertilizer. So they save money, and they make better yield,” he added.

When the three stack traits of the NEWEST rice are finally introduced into local varieties of rice, other benefits will be seen.

“Peasant farmers who don’t have the financial strength to irrigate their fields can use these varieties and the farms will still do well. Marginal lands that farmers couldn’t plant on could make use of these new varieties… In the coastal area where a lot of the lands are salty, these new varieties will do well there,” Dr. Asante added.

A recent economic study in Ghana has predicted the adoption of the new GMO variety could add up to $75.7m (GH₵334m) to the rice production economy over the next six years if released this year.

The study predicts that if regulatory processes delay the introduction of the new rice by five years, the rice sector will lose $45.3m (GH₵200m).

Charles Afriyie Debrah who is Biosafety Officer at the Crop Research Institute of the CSIR says ownership of the new GMO varieties will remain Ghanaian. He assures it may be possible for farmers to re-plant their seeds if they so wish.

“Our GMO rice that we conducted the experiment on, that crop, we have done about four trials. And it was based on the seed that was saved. So there are those seeds that you can re-plant like this new GMO variety,” he explained.

Farmer John Awuku Dziwornu is excited about the difference the new GMO rice variety will make in the country.

“A lot of work has been ongoing to produce improved rice varieties that can help increase productivity. We expect that the NEWEST variety to benefit farmers and Ghanaians in general,” Mr. Dziwornu said.

It could take about half a decade before the novel varieties are eventually available on the market for farmers to make use of but already, players in the rice industry are expectant.