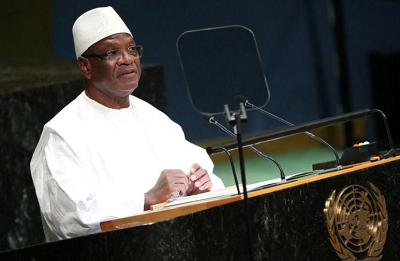 The ethnic bloodshed took place less than a week after a deadly assault by jihadists on an army post killed at least 23 soldiers, also in Mali’s central region. That attack was claimed by an al Qaeda affiliate.

Malians have grown increasingly frustrated by the failure of government forces to protect them from both jihadist onslaughts and ethnic reprisals. But the massacre of civilians at the villages of Ogossagou and Welingara on Saturday, which left the charred bodies of women and children smouldering in their homes, has shocked a population long inured to gratuitous killing.

Mali’s Prime Minister Soumeylou Boubeye Maiga said in a statement after an emergency cabinet meeting that President Keita had also ordered the dissolution of an anti-jihadist vigilante group called Dan Na Amassagou. Some of the group’s ethnic Dogon fighters were suspected of being behind the attack.

The jihadists have consistently tried to exploit a sense of persecution among the Fulani, whose semi-nomadic, pastoral way of life sometimes brings them into conflict with more settled farmers like the Dogon, by arming and training them. Some Dogon traditional hunters in turn took up arms to protect themselves.

Tacit outsourcing of the fight against jihadists to vigilante groups with scores to settle has unleashed ethnic violence across the Sahel. In neighbouring Burkina Faso at the end of December, an ethnic Mossi militia group killed dozens of Fulani in revenge for the killing of a village chief by jihadists.

“The protection of the population remains and will remain the monopoly of the state,” Maiga said. “Our forces will … actively disarm any person who should not be armed.”

Despite a 4,500-strong French force in the Sahel region, jihadist attacks have multiplied since they first intervened in 2013 in an effort to push back Islamists and allied Tuareg rebels who had taken over the northern half of the country.

France’s foreign ministry said it welcomed the “Mali government’s efforts to break up the militia who have been creating terror in the region and must now be disarmed.”

“France will continue to support efforts aimed at protecting the population, and at creating the conditions for dialogue and a national reconciliation, which are more necessary than ever in the centre of Mali,” it added.