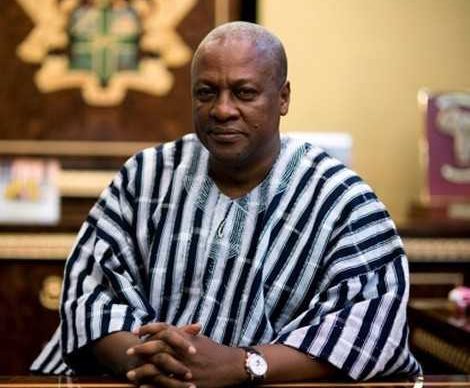 Former President, John Mahama, has predicted a fall in quality education at both junior and senior high school levels due to excessive investments in the Free Senior High School programme.

He said education in the country is bound to suffer ifthe government continues to expend all its financial resource  on the Free SHS policy at the expense of basic and tertiary education.

According to him, the government has neglected the public basic school system making it unattractive for many Ghanaians.

Speaking at a lecture series organised by the opposition National Democratic Congress (NDC) at the University of Cape Coast on the State of Education in Ghana, Thursday evening, the former President said the government must swallow its pride, stop gagging teachers and engage stakeholders to fine-tune its educational policies.

He told a packed audience of Lecturers and students at the FELT Auditorium 900 that poorly planned policies by the Nana Akufo-Addo-led administration will destroy the gains his administration made.

The said currents events on the education front must be a concern for every Ghanaian.

“If you are spending all your money on secondary education, and less on tertiary and basic education, then there is something wrong with your educational system,” he stressed.

The NDC presidential candidate said it is strange for the government to budget GHS2 billion on the Free SHS policy in this academic year, while other sectors of education are completely neglected.

“If you have GHS 2 billion to spend on education, will you spend it on Free SHS?” he quizzed.

He urged the governing New Patriotic Party (NPP) to be accommodating of suggestions from seasoned educationists and other stakeholders on education in order not to collapse Ghana’s educational system.

“When they [NPP] started this Free SHS, anyone who gave a contrary suggestion was lambasted and called names.

“Not even people from their fold were spared. Now, see the mess they are creating in the educational sector,” he stated.

Mr Mahama is on a two-day visit to the Central Region where, according to the party, he is touching base with the NDC executives across selected constituencies.

According to the party, the former President will also be interacting with key constituents in fishing communities, market women associations and some opinion leaders.

Mr Mahama is accompanied by the National Chairman of the NDC, Samuel Ofosu Ampofo and other key party functionaries.