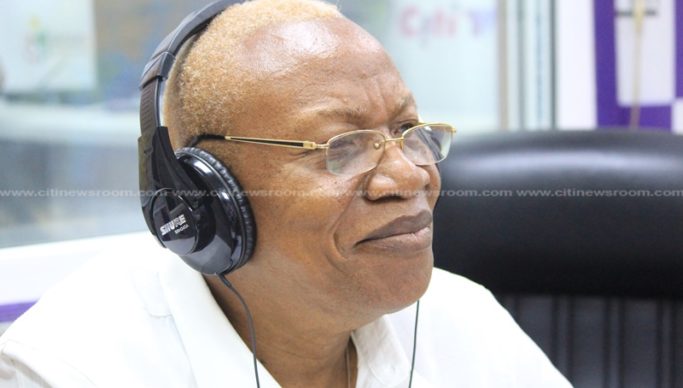 Presidential aspirant of the opposition National Democratic Congress (NDC), Prof. Joshua Alabi, has expressed confidence that he will be elected the party’s flagbearer in the February 23 primary without the need for a run-off.

With seven candidates in the flagbearer race, there have been suggestions that none of the candidates may attain the 50 percent plus one vote tally, needed to win the election outright.

According to the NDC’s Constitution, a run-off election will be held should any candidate fail to garner over 50% of the total valid votes cast.

“At any ballot between more than two persons, the candidate who receives the greatest number of votes shall be declared elected, provided that he receives a majority (i.e. 50% plus one) of the votes cast; but if no candidate receives such majority, the name of the Candidate who receives the least number of votes shall be withdrawn; this shall be followed by a run-off between the first-two contestants and the contestant with a simple majority shall be declared the Party’s Presidential Candidate.”

Prof. Alabi, however does not believe a run-off will be needed as he has what it takes to win the party’s presidential ticket on the first try.

He stated that despite earlier suggestions that former President John Dramani Mahama, was the overwhelming favourite to be reelected the party’s flagbearer, the outcome appears harder to predict now following his extensive campaign across the country.

“Somebody said last year that the former president will make about 95 percent of the votes and the rest of us will make five, now I’m hearing about 55 percent. It means that we are doing our work very well and I am very confident that by the time we get to the elections, Alabi will be on top.”

Prof. Alabi will be the 7th person on the election paper after balloting at the NDC’s headquarters on Wednesday.

The fourth slot was picked by Sylvester Mensah, followed by Ekwow Spio-Garbrah and Goosie Tanoh, in that order.

All the seven aspirants were duly vetted at the NDC’s headquarters on Tuesday with each person expressing confidence of emerging victorious in the party’s presidential primary.

The NDC’s Acting Director of Elections, Bede-Ziedin, told the media that printing of ballot papers will take place from 3rd to 17th February 2019, after which they would be forwarded to all their constituency centres where the election will be held.

But for an injunction on the NDC’s presidential election, the party would have conducted the exercise before the end of January.

The NDC eventually agreed to declare its guidelines for the presidential primaries null and void after contentions over transparency and the filing fees which was reduced along the line.

Besides agreeing to hold the elections in a free fair and transparent manner, the party also agreed to consider the GHc 300,000 not as filing fees only, but also as a contribution by the towards the cost of the primaries.

“When the candidates are cleared by the vetting committee, they will then be presented with the voter’s register,” the NDC National Chairman, Samuel Ofosu Ampofo noted at an earlier press conference.

The party has also said there will be 276 polling centres nationwide; a departure from the much-criticized centralized system of voting for the national executives.