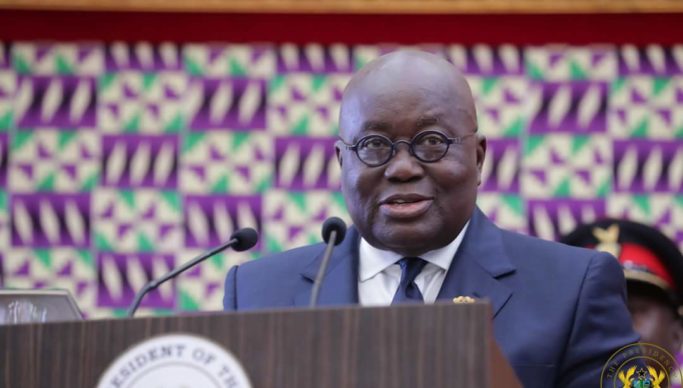 President Nana Addo Dankwa Akufo-Addo will on February 21 appear before Parliament to give account of the true state of Ghana in his third State of the Nation Address (SONA) since taking office in January 2017.

Majority leader Osei Kyei Mensa Bonso announced this to parliamentarians Tuesday when they resumed sitting from a five-week recess.

The delivery of the address is in accordance with Article 67 of the 1992 Constitution, which mandates the President to at the beginning of each session of parliament, appear to deliver the SONA.

Just like his previous two addresses, Nana Akufo-Addo is expected to touch on the gains made in each of the sectors of the country’s economy under his leadership in the last year.

The President who said his government have spent the last two years in putting the country’s foundation on a strong footing, is also expected to brief Ghanaians on what they will be doing to ensure the people begin to reap the benefits.

In the wake of waves of crimes, particularly murders and kidnappings in the country, Nana Akufo-Addo is expected to tell the people what security measures have been put in place to safeguard lives and property.

RTI will be a done deal by March

Meanwhile, the deputy majority chief whip, Mathew Nyindam, has assured Ghanaians the Right to Information bill is one of their major focuses during this current sitting.

He told our parliamentary correspondent Evelyn Tengmaa the much awaited bill will be passed by March, even before the House rises again in April.