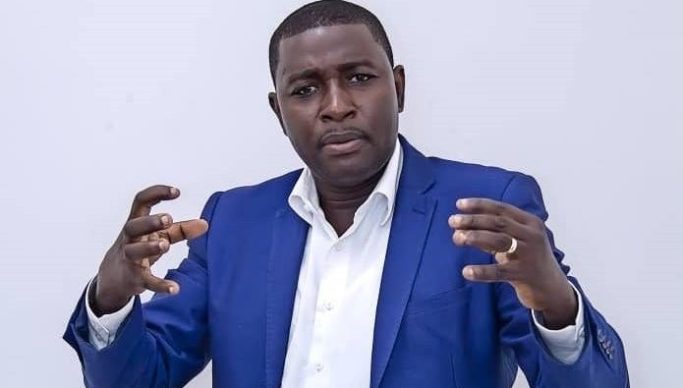 This follows a botched attempt to arraign the controversial National Democratic Congress (NDC) supporter before the court yesterday.

The presenter popularly known as ‘Mugabe Maase’ has failed to substantiate his claims that Joy News’ investigative Journalist, Manasseh Azure Awuni will be killed in 11 months’ time by members of the governing New Patriotic Party (NPP).

According to Director of the Police CID, DCOP Maame Yaa Tiwaa Addo-Danquah, when Maase was invited to assist the police with investigations, he could not prove what he said.

“Mugabe was invited to come and assist because he said this assassination will take place. When he was questioned he said he was under the spirit,” the CID boss told journalist as a news conference in Accra yesterday.

As a result, she disclosed that Maase has been charged with offensive conduct and publication of false news capable of causing fear and panic.

This is not the first time ‘Mugabe’ is having a brush with the law.

In 2016, the Supreme Court sentenced Mugabe, the then host of “Pampaso,” a political programme on an Accra-based radio station – Montie FM – and two other panelists who threatened the judges with death.

They were slapped with a four-month jail term each for contempt of court.

The five-member panel of judges, presided over by Justice Sophia Akuffo, also ordered Mugabe and the other contemnors – Godwin Ako Gunn, 39 and Alistair Tairo Nelson, 41 – both National Democratic Congress (NDC) activists, to pay a GH¢10,000 fine each or in default serve another one month in jail.

Mugabe had told his panelists to open fire on the justices by attacking them with threats of death, in addition to allowing a certain Nash of Mataheko to ‘marry’ the then Chief Justice Georgina Wood in the event of the break out of war.

The NDC communicators had threatened to kill the judges who were sitting on an election-related case, thereby incurring the wrath of the justices, who cited them for criminal contempt.

Mugabe had earlier boasted that he was not afraid of jail in as much as he was working towards the NDC’s victory in the December polls, but when the reality dawned on him, he became sober.

After the verdict, they were whisked away in a waiting van to begin their sentences at the Nsawam Prisons only to be granted presidential pardon by former president John Mahama few weeks into their conviction.

In the latest case, the Radio XYZ Host had stated emphatically that following the airing of Joy News’  documentary, ‘Militia in the heart of the nation’that Manasseh will be killed because the government is unhappy with the work.

During a programme on the Accra-based radio station, the presenter said: “I speak without fear; NPP will kill Manasseh Azure in 11 months.”

“If the security agencies do not protect him they will finish him; they will get rid of him. I speak without fear or favour; this is a gift God has given to me.”

The undercover work which was aired on Joy News TV on Friday, March 8, detailed how the group known as, De-Eye Group, had been using the former seat of government for training since the Akufo-Addo government was sworn in.

The group is led by Nana Wireko Addo alias ‘Choman’, the former personal bodyguard of President Nana Akufo-Addo and was described in 2012 as a “vigilante group” in a pro-government newspaper Daily Guide.

The government has, however, denied any association with such a group.

At a press conference hours after the airing of the documentary, Information Minister, Kojo Oppong Nkrumah denied among other things that the young men and women who converge at the Castle thrice a week – Monday, Wednesday and Friday – are a militia group under training.

Government has also denied that the Osu Castle is a security zone.

According to the Ghana Museums and Monuments Board, the former seat of government is now a museum.