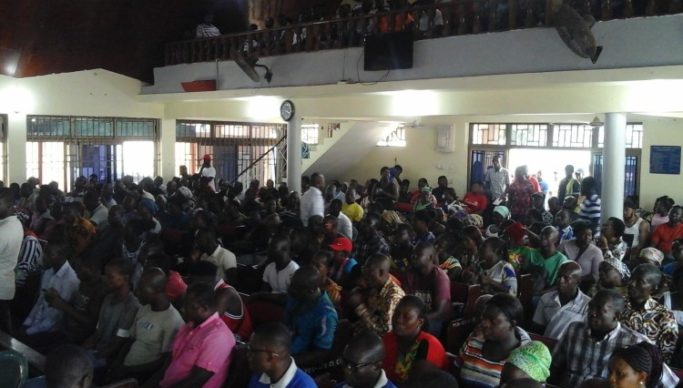 The Okaikwei North Municipal Chief Executive, Nii Boye Laryea says narcotic use is high among the youth in the Municipality.

He said the upsurge of narcotic abuse among the youth is gradually becoming a major issue that requires maximum attention.

Describing the phenomena as worrying, the MCE emphasized that it is crucial for parents to take keen interest in the welfare of their children insisting that the development is contrary to the vision and aspirations of President Nana Akufo Addo.

Speaking at the maiden Town Hall Meeting of the Municipality in Accra yesterday, the Veteran Broadcast Journalist urged parents to take advantage of the president’s flagship, Free Senior High School and the Sports Module of the Youth Employment Authority (YEA) programs.

This, the MCE notes would reverse the trend by ensuing a better future for the youth.

He said safety and security issues remains high on the agenda of the Municipality.

Mr. Laryea said the Assembly is committed to protecting all residents

“Safety and security of the municipality is a major item on our agenda as an Assembly. …the Assembly will do all it can to protect its citizens from people who continue to disturb the peace of our Municipality”

Fuseini Issah, Member of Parliament (MP) for Okaikwei North Constituency in the Greater Accra Region said the government by the creation of the constituency has brought governance closer to the people.

He argued that it was about time the constituent’s supported the MCE to deliver particularly because he was born and bred in the municipality and well appreciate the concerns of the people.

Mr. Issah announced an impending tour of all Electoral Areas within the Municipality to engage with the people and to account for his stewardship as MP for the area.

Samuel Amoah, the Municipal Director, said the Assembly is enjoined by Act 936 of the Local Governance Act which mandates every Assembly to interact with its people.

This he said among others ensures accountability on the part of duty bearers while ensuring the participation of the citizenry in governance.

Chairman for the meeting, MacDaniels Nii Kortey who also doubles as the Resident Pastor of the Achimota Presbyterian Church (Gethsemane Assembly), venue for the event with particular reference to Nehemiah 2:17 tasked the gathering to support the agenda of the MCE in building the municipality.

Earlier, there were presentations from departments of the Assembly including Environmental Health and Sanitation, NADMO, Department of Agriculture, Social Welfare, Ghana Police Service among others.