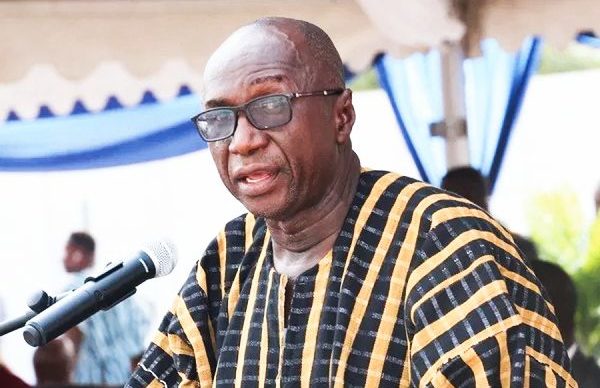 The Minister of the Interior, Mr Ambrose Dery, has cautioned against reprisal attacks in the shooting incident that occurred at the Ashanti Regional office of the National Democratic Congress (NDC) in Kumasi last Monday.

Rather, he said the people should remain calm and provide evidence to the police to assist in their investigations.

In an interview with journalists in Accra yesterday, Mr Dery asked the people not to protect any of the criminals since they were a danger to society.

“Do not shield anybody because that person is a relative. If you shield him because the person he killed is not your relative, someone else will kill you too because you are not his relative,” he said.

One person died following the shooting incident at the NDC office at Amakom in Kumasi.

The shooting occurred during a meeting between some national executives of the party and the Ashanti Regional Executive Committee of the NDC.

Mr Dery further urged the public to refrain from blame game in such situations but rather join forces to fight vigilantism head-on, otherwise the menace would engulf the whole country.

He cited the case of Boko Haram in Nigeria which he said started as a vigilante group and, therefore, stressed the need for Ghanaians to dedicate themselves in ensuring that vigilantism was totally eliminated in the country.

“Let us not point figures at one another trying to find out who is involved or who is behind.

The important thing is that there is an offence committed; and we should all work together to bring the culprits to book and let the law take its course.

Do not try to revenge because that in itself is another form of vigilantism,” the minister added