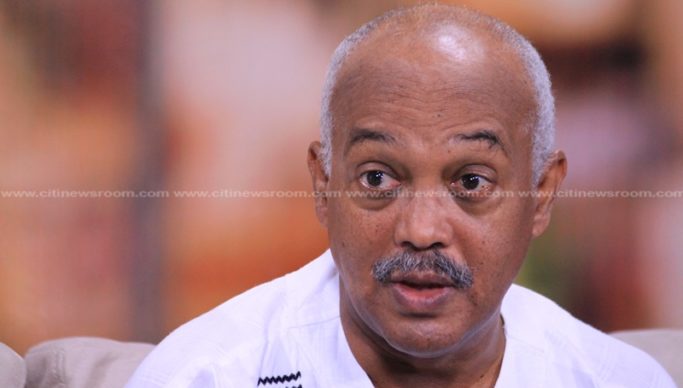 Social Commentator, Sidney Casley-Hayford has described John Mahama as “totally irresponsible” for meeting with foreign diplomats over the violence that happened during the Ayawaso West Wuogon by-election.

Mr. Casely-Hayford said on The Big Issue that the NDC was “creating this tension” and making it look like “the country is about to explode.”

“What Mahama did recently, packaging all of the things he was hearing in the media and going to do a presentation to foreign diplomats is an irresponsible act. It is totally irresponsible. If he has something to say, he should come and say it to us the people of the country.”

He also felt some of the concerns of the NDC were exaggerated after the party accused the government of state-sponsored violence during the by-election in which over 10 people were injured near a polling station.

“The way they are trying to put a cloak around Ghana as some kind of country that is uncoordinated, indirection, mayhem all over the place,” he said.

“So far we haven’t heard of any mayhem in Nigerian. All we know is that election has been postponed,” he remarked.

Senior Minister, Yaw Osafo Maafo described the former President’s meeting with diplomats to share the NDC’s view of the by-election confusion as shameful and unpatriotic.

He insisted that Mr. Mahama’s actions were distasteful and questioned why he was trying to blow the confusion out of proportion.

“What is he really after? What does former President Mahama want to portray? Why does he want to paint Ghana black When indeed there is nothing to paint black? There was some violence, it didn’t happen in a polling station, it happened as it were in the parliamentary candidate’s house away from any polling station and we’re yet to know who even shot. Why would you want this to look like a national disaster?”

Former President John Mahama’s office hit back at Senior Minister describing him as a hypocrite.

“It is shameful and hypocritical on the part of Mr. Osafo-Maafo that he had the temerity to decry Mr. Mahama’s meeting with diplomats the way he did,” a statement from it said.

The statement added that this was especially hypocritical because “Senior Minister still serves in the Akufo-Addo government under whose watch state-sponsored goons with weapons and Police SWAT hunter vehicles were unleashed on voters.”