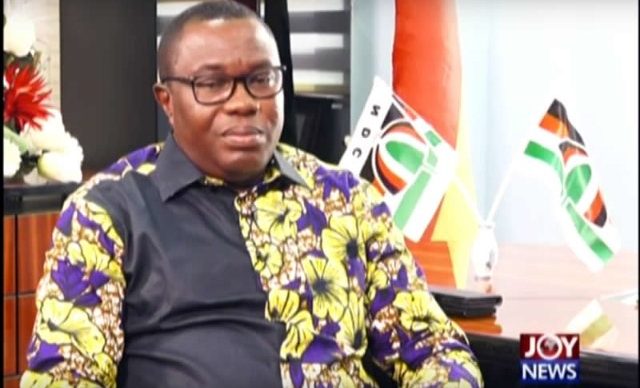 National Chairman of the opposition National Democratic Congress (NDC), Samuel Ofosu Ampofo, has said the party is warming up to work of the Commission of Inquiry into the Ayawaso West Wuogon by-election violence.

This revelation is in sharp contrast to the party’s position on the Justice Emile Short-led Commission when it was formed two weeks ago.

“At the end of the day, whatever [the Commission] is doing, I think, will be useful for the country and from the processes, we [NDC] think they are doing a good job…We have realised that they are doing some good work,” Mr Ofosu Ampofo told Evans Mensah on PM Express, Wednesday.

The largest opposition party had vowed not to recognise the work of the Commission on grounds that President Addo Dankwa Akufo-Addo had ruled the violence that marred the by-election as an isolated incident.

“The position of the NDC is very simple. This Emile Short Commission is a non-starter on the basis of its composition, obvious political colouring, and the President’s own track record,” the party said in a statement, signed by General Secretary, Johnson Asiedu Nketia .

The statement stressed: “There is no way that this Commission of his [President’s] favourites will come to any conclusions that contradict his prior statements.”

The NDC even went further to state that it will seek justice for its party members attacked by heavily armed national security operatives at a polling station at La Bawaleshie outside the Commission.

However, revealing the NDC’s altered stance on the Commission, Mr Ofosu Ampofo said, “we were not against the setting up of the Commission, but we felt that prosecution [of attackers] should take place while the Commission also does its work. Indeed we had subsequently issued statement to the effect that victims of the party who suffered from this assault are free to go [to the Commission].”

At least six persons, all members of NDC, sustained gunshot wounds when armed personnel from the National Security apparatus stormed a polling station at La Bawaleshie during the by-election.

A legislator at the polling was also assaulted by one of the national security operatives.

It is not clear what prompted the firing of the guns, but the police have also launched their own investigation into the incident.

The Minister of State in charge of National Security, Bryan Acheampong, has said the men were deployed as part of a special operation that was not related to the election.

The armed men have, however, been accused of being members of the governing New Patriotic Party (NPP) affiliated militia, known as Invincible Forces.