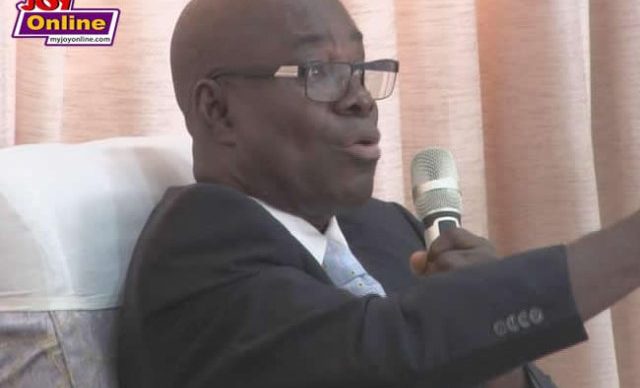 The National Democratic Congress (NDC) candidate in the January 31 by-election at Ayawaso West Wuogon, has disputed claims that his house was used as a habour to hoard firearms.

Delali Kwasi Brempong said the property which is about 50 metres from the La Bawaleshie Primary School polling station, did not have any firearms in it as has been said by National Security operatives.

“I want it on record that I am a pharmacist by profession and I would have no business at all acquiring firearms because, there is no use for arms in the practice of pharmacy.

“And I am also under oath to protect human lives because my job as a pharmacist is to find remedies for people who are unwell,” Mr Brempong said in his testimony to the Commission, Wednesday.

Officials from National Security who gave their testimony to the Emile Short Commission said, masked operatives were dispatched to the property on the day of the by-election because, they had picked intelligence that the candidate was habouring firearms.

National Security Minister, Albert Kan-Dapaah and the Minister of State in charge of National Security, Bryan Acheampong said, their men followed up on the intelligence to retrieve the arms from the property but were met with gunfire upon arrival.

The conduct of these masked men came under strict scrutiny during the by-election, after they were caught on camera assaulting Ningo-Prampram MP, Samuel George.

The president after much public uproar, then set up the three-member Commission led by former Commissioner of the Human Rights and Administrative Justice (CHRAJ). The other members are Prof Henrietta Mensah-Bonsu and former IGP Patrick Acheampong and private legal practitioner Kofi Abosti – who serves as the Commission’s Executive Secretary.

When he took his turn at the Commission, however, Mr Brempong said the account of the National Security Ministers and other officers are untrue.

“In my life, I have never lawfully or unlawfully acquired any firearms and I want to put it on record also, that my house is not a warehouse.

“Indeed and truthfully, I have a garage in which my son packs caustic soda occasionally when they are going to blend them but my house is not a warehouse,” he added.

He said the property is a seven-bedroom house in which he lives with his family and other private working officers and wondered why officers from National Security stormed his property and caused such confusion and harm.

“’Till now I cannot explain the armed violence in front of his house,” he said.