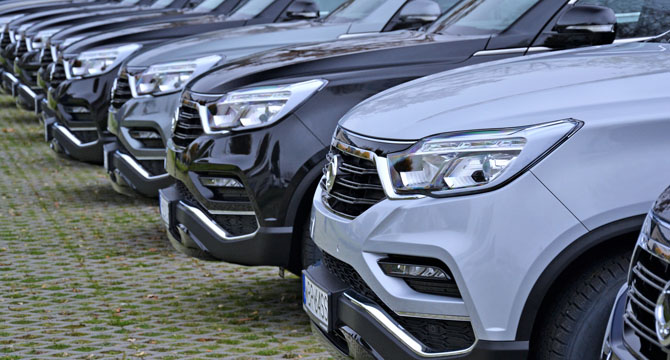 Six groups will on Tuesday, February 19 demonstrate against the luxurious vehicle tax by driving their vehicles to the premises of the Ministry of Finance, Parliament House and the Golden Jubilee House.

“The demonstration is scheduled at 8 am on the said date. The route will be from Obra Spot through Kwame Nkrumah Avenue to Farisco Traffic light through to TUC before leaving our vehicles at institutions mentioned above,” the statement said.

In July 2018, the Minister of Finance, Mr Ken Ofori Atta in the mid-year budget review announced the imposition of a luxury vehicle import tax as part of a new policy to help raise more revenue.

He said the tax would be imposed on luxury vehicles with the capacity of 3.0 litres and above.

The implementation of the luxury vehicle law commenced August 1 after Parliament passed it to impose an annual levy on vehicles with high engine capacities after it was proposed by the government.

With the approval of the legislators for its implementation, vehicles with engine capacity of 2950 to 3549 Cubic Centimetres were required to pay a levy of GH¢1,000, while those with engines between 3,550 to 4049 cubic centimetres would pay GH¢1,500.

Vehicles with engine capacities above 4049cc were also obliged to pay GH¢2,000.

The levy would be paid by the vehicle owner on the registration of the vehicle and subsequently on or before the annual renewal of the roadworthy certificate each year to the DVLA, the body authorised by law to collect the levy on behalf of the government.