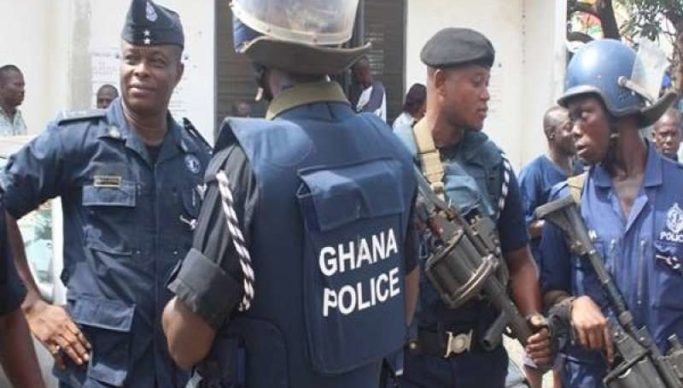 Police in the Eastern Region are on a manhunt for a group of armed robbers, who seized a vehicle from a commercial driver, and blocked a section of the road between Koforidua and Akropong in an attempt to rob travelers on Saturday evening.

The timely intervention of the Akropong and Koforidua patrol teams, helped to foil the operations of the armed robbers who fled into a nearby bush upon seeing the police.

Confirming the incident to Citi News, the Eastern Regional Police Public Relations Officer, DSP Ebenezer Tetteh, said the police have begun an intensive patrol in all the possible hotspots to arrest the suspects.

“A driver who was on his way to Koforidua bumped into the robbers, but he managed to escape leaving behind his car. The robbers then used his car to block the road, but the driver managed to alert the oncoming vehicles about the presence of the robbers who hurriedly placed a call to the Akropong and Koforidua police”.

“The two patrol teams who were not far from the area swiftly moved in, but the robbers escaped on seeing them. Investigations have begun to arrest these robbers. We want to use this to advice drivers who are plying that road to be very vigilant and if anything they should call the police emergency numbers on 18555 or 191 or the control number of the regional patrol 0299806464”.

DSP Ebenezer Tetteh, who called on the general public to volunteer information to assist police in their investigations, also allayed fears of commuters and assured commuters on the Koforidua- Akropong route of their safety.

“We also employ everybody to be on the lookout and report anybody they suspect, and we will ensure we protect their identities”.

“As we speak, there is intensive patrol going on around that area and all the major highways so commuters should be calm and go about their duties freely. We want to assure them that we have established our presence at all the possible hostile areas that are fertile grounds for the robber.”