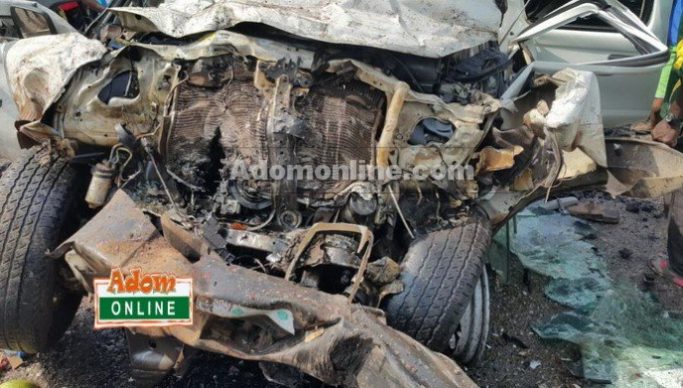 At least seven mourners have been confirmed dead while 64 others sustained varying degrees of injuries in a fatal accident in the Asamankese area in the Eastern region.

Sources say the accident occurred at a place called Pinora in the West Akyem Municipality Thursday evening around 4:45 pm when a Rhino Truck conveying mourners, mostly Youth, who were following the corpse of a young man whose body was being transported from the Asamankese Government Hospital morgue to a nearby town, Asuokaw crushed on the road.

At least seven persons including five (5) males and two (2) females who died at the spot have been deposited at the Asamankese Hospital morgue.

The scores of others who were injured in the accident are being treated at the hospital.

He explained that preliminary investigation by Police indicates that the driver of the Truck was drunk and was wrongfully overtaking some vehicles when he run into a ditch.

The Municipal Health Director Dr. Samuel Boateng said doctors and Nurses at the Asamankese Government Hospital were working extra hard to stabilize the seriously injured in order to save more lives.