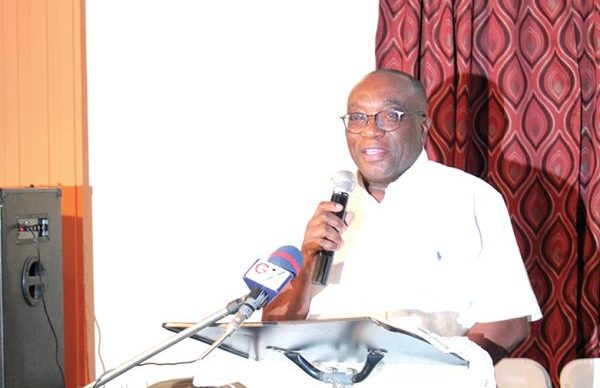 The Driver and Vehicle Licensing Authority (DVLA) has started the conversion of manual vehicle registration documents into electronic formats, in line with reforms at the authority.

The institution has so far captured data from 1995 to 2016 onto the electronic platform as part of efforts towards enhancing vehicle information security and making searches stress free.

“What this means is that a vehicle’s chassis number becomes the code by which information on the vehicle could be accessed and this goes to prevent situations where people could easily forge the signatures of vehicle owners and re-register the vehicles in their own names or third party names,” the Deputy Director in charge of Management Information Systems (MIS) at the DVLA, Mr Alex Owusu Abebrese, said.

He told the Daily Graphic in an interview in Accra that the database would also provide an online window to be linked to the Ghana Community Network Services (GCNet) platform to allow for the authentication of the payment of import duties on vehicles to be registered.

“The whole idea is to safeguard security, reduce incidents of car theft, make for the stress free change of ownership and further eliminate manual procedures in our operations,” he said.

Consequently, effective June 2019, vehicle owners who register their vehicles will be given smart cards which will contain every information on the vehicle.

The new DVLA electronic system, he said, had been integrated into the National Identification Authority (NIA) system and that of the Passport Office where the verification of data could be done electronically.

Mr Abebrese said the new system would allow the DVLA to access the database of the Customs Division of the Ghana Revenue Authority (GRA) for verification prior to the registration of vehicles.

“To that end, only vehicles with existing information in the Customs database would be registered under the reforms.

“If a car has had its chassis number changed as a result of theft, once the records do not exist in the Customs database, the vehicle cannot be re-registered,” he indicated.

Mr Abebrese also pointed out that with the reforms, vehicle owners would be required to visit any of the offices of the DVLA to have their fingerprints taken during vehicle registration processes as a way of protecting the ownership of vehicles.

“The whole idea is to adequately secure the authority’s database, such that there will be credible data available to help in security situations,” Mr Abebrese said.

The Chief Executive Officer (CEO) of the DVLA, Mr Kwesi Agyeman Busia, for his part, stressed that processes to test vehicles of 3.5 tonnes had also begun at its high revenue centres.

According to him, in the past such vehicles had only the head being tested, leaving the trailer out, a situation which often led to majority of such vehicles breaking down on the major roads, thereby inconveniencing other road users.

“To ensure that these long trucks are road worthy, we want to complement the efforts of the Ghana Highway Authority (GHA) by setting up testing facilities at their axle-load stations where vehicles within the 3.5-tonne category will be inspected to ascertain their true road worthiness before they are allowed on the roads,” Mr Busia said.

He said the DVLA had initiated processes with the GHA to that effect to also reregister all trailers and have them affixed with unique number plates, different from the registration number plates.

Mr Busia also announced that the DVLA had launched a simulation project to refresh the skills of existing drivers and assist new ones to learn.

He said driver licensing examinations had also been simplified into voice-over tests in five different local languages, namely, Twi, Ga, Ewe, Dagbani and Hausa, to enable potential drivers who could not read or speak English to take the tests required for acquiring driving licences.

Asked about the sustainability of the projects, Mr Busia explained that the new initiatives had been entrenched in the authority’s governance policies to make them sustainable, irrespective of which government was in power.