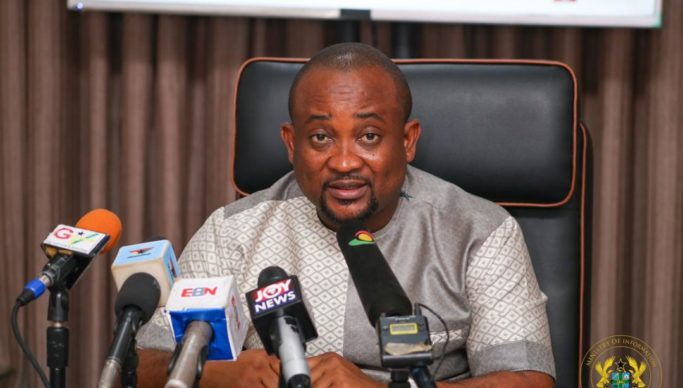 The government has announced that this year’s Independence Anniversary celebration will take place from Thursday, February 28 to Friday March 8, 2019.

For the first time ever, this year’s anniversary, which is the 62nd would hostedoutside of Accra, in the Northern regional capital of Tamale, specifically at the Aliu Mahama Sports Stadium on March 6, 2019.

President Nana Addo Dankwa Akufo-Addo made the announcement is in his State of the Nation Address last Thursday in Parliament.

At a press briefing on Sunday, February 24, 2019, a Deputy Minister of Information, Mr Pius Enam Hadzide said the special guest of honour for the celebration would be the President of Niger, Mahamadou Issoufou.

The theme for this year’s celebration is “Celebrating Peace and Unity”, which, according to Mr Hadzide, “consolidates the success made in achieving peace and unity among the people of the north and also reiterates the fact that Ghana will continue to be the beacon of hope while remaining peaceful and also protecting its enviable record of being one of the most peaceful countries in Africa”.

Mr Hadzide said the anniversary parade will be made up of 30 different contingents, from the security services, fire service, Customs, Immigration, and the Ghana Education Service (GES).

The rest are interest groups including the Nation Builders Corps (NaBCo) and the six newly-created regions.

The Tamale celebration, Mr Hadzide noted, will be a historic one particularly, because it will be the first time the national celebration would be held outside of the Greater Accra Region.

“The celebration will be happening few months after the President of the Republic, Nana Addo Dankwa Akufo-Addo successfully settled the age-long chieftaincy dispute in Dagbon, a situation that had its own debilitating effect on the progress of the region for almost two decades”, he said.

The government is, however, optimistic, Mr Hadzide added that moving the national celebration to Tamale will do a lot of good to the people of the north.

It will not only boost the local economy but also serve as an opportunity for the region to showcase its rich and diverse cultural heritage while canvassing for more development projects. It will also promote local content and tourism, he said.

Meanwhile, the National Celebration Planning Committee has unveiled the anniversary logo for this year’s celebration. It is the figure 62 with an ‘adinkra’ symbol known as “Bi nkabi”, which resonates with the theme.

Signifying peace and harmony, the symbol loosely translates as no biting of one another.

Key activities for the celebration

• (Tuesday 5th March 2019) – Reenactment of the declaration of Independence at old Polo Grounds.