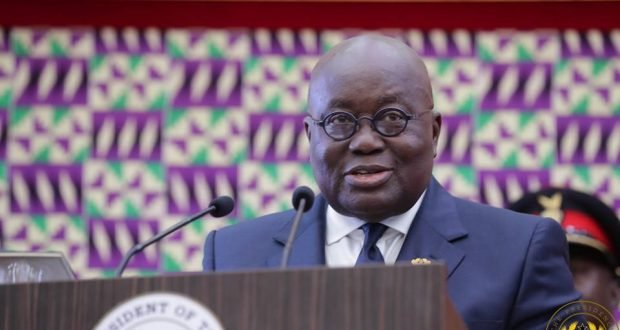 The number of ministers serving under the Nana Akufo-Addo government has now jumped from 110 to 123 ministers.

This follows the announcement Thursday, of the appointment ministers and deputy ministers to the six newly created regions.

The New Patriotic Party (NPP) then in opposition, criticised the number of persons serving as ministers in the Mahama government.

They argued that the number could be reduced to 20 if the National Democratic Congress (NDC) administration was bold about cutting down spending and saving the national purse.

Having said this, the Akufo-Addo was heavily criticised after his record appointment of 110 ministers.

The president of policy think tank, IMANI Ghana, took government to the cleaners saying President Akufo-Addo was only showing that he failed to insist on “meritocracy.”

Franklin Cudjoe said although government has been honest about requiring the fiscal space to carry out its many programmes, there is no justification for the huge number of appointees.

Defending government’s decision for the appointments, then Information Minister, Mustapha Hamid said the number is needed to ‘assist’ the President pursue an ‘ambitious’ development agenda.

He said the size of the Akufo-Addo government explaining that a lean government was never one of the NPP’s campaign promises.

“We never promised a lean government,” he addressed a press conference Wednesday minutes after the announcement.

Back to 2019, the NPP government still working on delivering its numerous promises to the Ghanaians have made new appointments.

The President is hopeful that Parliament will expedite the vetting of the Regional Ministers-designate and Regional deputy Ministers-designate to enable them assume their respective offices promptly, in order to begin and accelerate the establishment of the new regions.

The latest figure of 123 ministers serving in the current administration is likely to resurrect the debate of large size of the government and the impact it is likely to have on the taxpayer.

With the number of staffers at the Office of Government Machinery (OGM) hovering around 1,000, many have argued, a country with a population size of about 30million could be managed more efficiently with a smaller number.