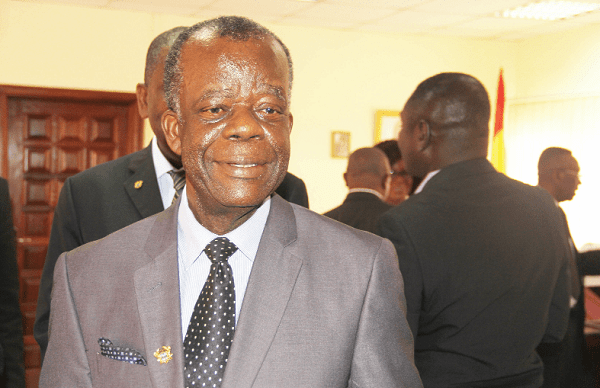 Executive Director of anti-graft agency, the Economic and Organised Crime Office (EOCO), ACP K.K Amoah, will leave office by end of this month.

Myjoyonline.com sources in government say he has been replaced by COP Frank Adu Poku.

ACP Amoah has since been ordered to hand over to COP Frank Adu Poku on Thursday, February 28, the sources say.

”He’s part of the group that has aged over 60 years and who have been asked to step aside by end of this month,” a credible source told Myjoyonline.com.

ACP Amoah had been on a two-year contract at the anti-corruption agency that ends this month and will not be renewed, sources disclose.

Mr Dzeny had called on President Add Dankwa Akufo-Addo to prosecute his appointees found culpable of corrupt practices in order to cement his commitment towards fighting corruption in the country.