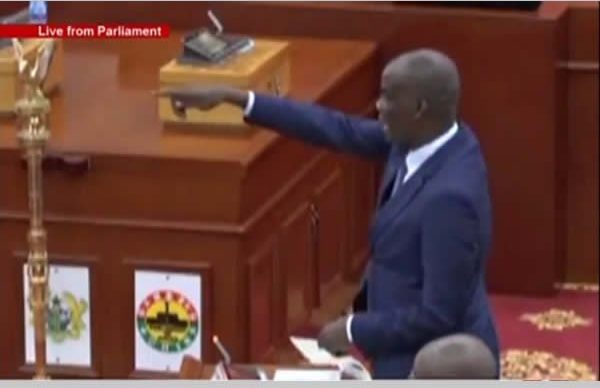 The Minority in the House is kicking against the changes in what they say is the overt attempt to rewrite the history of Ghana.

“The history of this country will not be distorted. We will not allow our heritage to be ripped,” MP for North Tongu, Sam Okudzeto Ablakwa fumed.

The bill, previously justified by President Nana Akufo-Addo himself, seeks to scrap some statutory holidays and replace them with new ones.

As the debate got heated, the Minority, led by Haruna Iddrisu walked out.

What are the changes?

January 7, which is the date on which the 1992 Constitution came into force and on which Presidents are sworn into office will be celebrated as Constitution Day.

The bill also seeks to make August 4, Founders’ Day; the most controversial of all.

Currently, there is a Founder’s Day, which is celebrated on September, 21; the birthday of the first President, Kwame Nkrumah.

The government wants this changed because on August 4, 1897, the Aborigines’ Rights Protection Society (ARPS) was founded to resist colonial rule, which started Ghana’s long walk to freedom.

But the Minority NDC insist the ‘anti-Nkrumah’ NPP government is bent on rewriting history in an effort to obliterate Nkrumah’s memory.

The Minority leader said they concede a lot of people played a role in Ghana’s independence struggle but “there was an icon and that icon is Kwame Nkrumah.”

The Majority leader, Osei Kyei-Mensah-Bonsu, however, insisted nobody is rewriting history. He argued that the change “will recognise the role of all others” in the founding of Ghana.

The bill, when passed will also remove July 1; currently celebrated as Republic Day, as a holiday.

May 25, will also be commemorated as African Union Day but the holiday bit would be taken off.

Joy News’ Joseph Opoku Gakpo reported that the debate on the controversial bill continued after the Minority decided to abandon the process halfway.