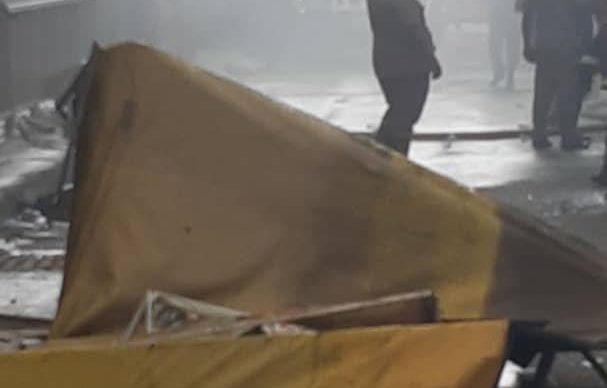 Head of Public Relations at the Ghana National Fire Service has confirmed to Joy News that a fire has gutted the new Makola Market in Accra.

According to Elis Robinson, the Fire Service is struggling to gain access to the basement of the mall, where the fire started, due to extensive smoke.

“There is a lot of smoke coming out of the basement. That is what is impeding us from fighting the fire effectively. We have asked for a smoke extractor and they are bringing it so that we can extract some of the smoke out of the place,” he told Daniel Dadzie on the Joy Super Morning Show Friday.

The fire, which is believed to have begun inside a hair shop, eventually spread throughout the market, Robinson said.

It is unclear whether there are any deaths.

On January 16, myjoyonline.com reported on fire at the Odawna Market at the sprawling Kwame Nkrumah Circle in Accra. The fire started around 8 pm and destroyed shops and other properties. It took firefighters at least one-hour to bring the flames under control.