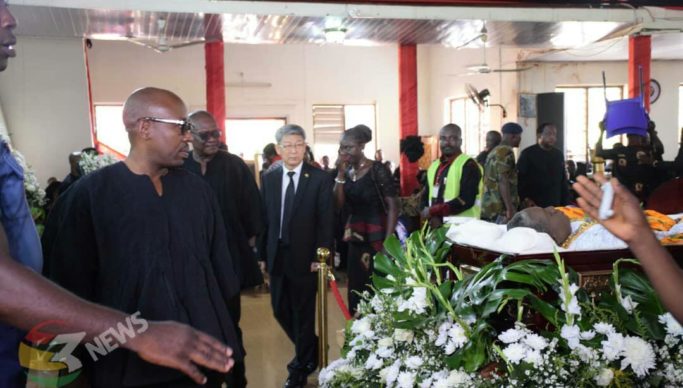 Government has paid tribute to the late Member of Parliament for Ayawaso West Wuogon Constituency, Emmanuel Kwabena Kyeremanteng Agyarko, as he is laid to rest.

The MP died on Wednesday, November 21, 2018 in the United States after a protracted illness caused by gallbladder cancer, according to his family.

The final funeral rites and burial service were held on Saturday, January 26 at the Zimmerman Presbyterian Church in Odumase-Krobo in the Eastern Region.

“Kwabena always had a high sense of duty, a calm demeanour, and an infectious sense of humour that endeared him to all his colleagues,” the MP for Ofoase Ayirebi Constituency stated.

“He was the epitome of the astute 21st century politician approved by his sustained conduct that politics can be done effectively without disrespecting each other.”

Other tributes were read by family, his first wife Josephine, and colleagues, by Deputy Majority Leader Sarah Adwoa Safo.

Though Mr Kyeremanteng Agyarko has only publicly served under the New Patriotic Party(NPP) government, under John Agyekum Kufuor, Mr Oppong Nkrumah said, “He always had his facts right and expressed his positions on policy matters passionately” for the current government.

He was generous at heart and had a beautiful spirit, the minister added.

He was survived by seven children and three wives.