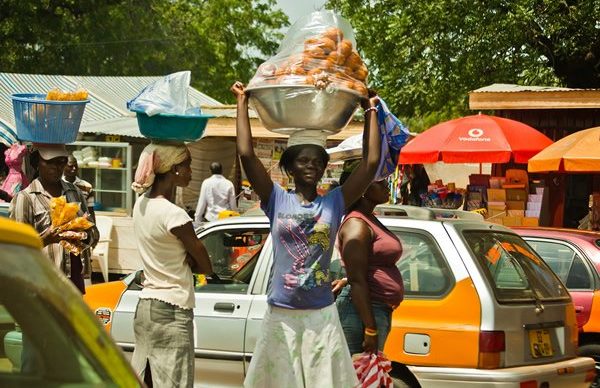 The cartoon by Daavi on page 19 of the March 9, 2019 issue of the Daily Graphic caught my attention. The cartoon centred on the Accra Metropolitan Assembly’s (AMA) recent ultimatum to advertisers and their agents to cease plastering posters on billboards, walls and electricity poles by the roadside due to their untidiness.

Daavi’s cartoon of March 9, therefore, was a reminder to the general public and perhaps specifically to defaulters that the ultimatum had 12 more days to go before AMA took action against any who stood accused.

Indiscriminate plastering of posters sometimes of candidates who once vied for political party positions be it for internal or national elections, or for pastors, Church or prayer activities, funerals, concerts or any promotion of the sort, have become eyesores in all corners of the city and even as one drives out of Accra.

They take a lot away from the beauty and sanity of our cities and towns and paint a picture of lawlessness and disorder. It is good, therefore, that AMA is acting sooner, though long overdue, in view of the fact that they have by-laws with which they could have stood their grounds before we got to this stage. But of course, it is better late than never.

It beats comprehension that we have such beautiful laws to guide and protect us and the environment, yet our regulators and law enforcers sometimes prefer to keep them under wraps rather than apply them. We watch on as lawlessness and impunities mount up and hem us in. As the AMA has led the way, we need all of our local government structures, specifically the other metropolitan, municipal and district assemblies to follow suit and help us stem acts of lawlessness to bring holistic beauty, sanity and order in our cities, towns and villages.

The rains are threatening and anyone who drove through some parts of Accra last Sunday and yesterday, after the dawn downpours would have noticed the filth forced outfrom the open drains onto the streets and pavements. It was clear that for some of the roads and streets, the filth that the early dawn rains brought out were indiscriminate rubbish as the result of street hawking.

The act of street hawking is taking a lot away from the beautification of the city. The fact that occasionally we have them chased away by the task force of the same AMA means that the activities of the hawkers are lawless and contravene the Assembly’s byelaws. We cannot ask plastering of posters to stop because they are against some byelaws and watch on as street hawking straggles. For the sake of keeping our city clean and tidy, the AMA should not hesitate in the least to extend similar ultimatum as given to advertisers and poster agents, to street hawkers, particularly those operating on ceremonial roads.

Thorny as the issue of street hawking may be as some have argued that they provide jobs for the unemployed youth, the more we keep quiet about it, the more we are condoning the wrong. How about formally engaging these people as sanitation officers?

But perhaps what is of even more concern is the risk of the lives of the individuals selling in between moving traffic and at traffic intersections as well as the litter they leave behind in the flower beds and the pavements at the end of the day.

It is time for the AMA to engage the help of law enforcers to clear hawkers from our roads, starting with ceremonial roads within the heart of the city. That is after an ultimatum has been given and minds prepared about the consequences of their daily engagements.

If something as huge as illegal mining is wrong and harmful both to the lives of perpetrators and the environment, so also is something as small as street hawking. We are putting lives at greater risk, polluting the environment and stalling beauty and sanity in our surroundings.

Holistic beauty should be our aim as we embark on sanitising our towns and cities. With the rains fast approaching, indiscriminate littering emanating from street hawking must be targeted after poster plastering. Let us see some action with stern warnings, perhaps for the last time, to street hawking on some designated roads. The warning message will gradually trickle down and we shall all applaud loud for AMA.