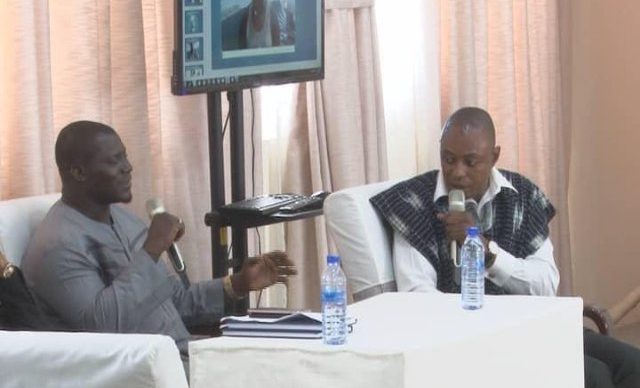 A witness at the Emile Short Commission has said he cannot vividly remember what happened during the violence that characterised the Ayawaso West Wuogon by-election.

Hudu Seidu who was an eye witness in a response to most of the questions he was asked told theCommission Thursday he is a forgetful person and pleaded to be pardoned for that failing.

Seidu who is also a member of the opposition National Democratic Congress (NDC) said he was assisting in distributing drinks to aid those on the ground on the day but was overtaken by the events of the day.

The man who said he is an onion farmer in Akuse said he was also was confused beyond measure by the incident of January 31.

Speaking in the Hausa language via a translator he said in his confusion, he wouldn’t have noticed his mother if she was right in front of him that day during the melee.

According to him, he got lost on his way to the NDC Parliamentary candidates’ house and was assisted by a little boy who lives around between 8 to 9 am.

But it turned out he stated in his police statement that the incident happened between 6 to 7 am.

He told the Commission he was at some point arrested and sent to the East Legon Police Station where he spent about an hour before he was issued with a medical form.

He said he had sustained cuts on his head and back as he was chased, beaten up. He said his shirt was stripped off, leaving him only with a bloody singlet.

Another point of contention was that on Mr Seidu’s medical form it was indicated that the injury he took to the hospital was at 8.30 am to which he said someone’s forms could have been used for his.

Mr Seidu said he was mercilessly beaten and it was difficult for him to recollect all that he had told the police in his statement.

He complained about chest and heart pains to the doctor adding that he was hit with the butt of a gun.

But it turned out in the report he gave to the police report hours later in the evening that he said he was hit with a hammer.

The victim also had a tough time remembering the exact drink assortments he claimed to have bought and at the prices.

Another bone of contention was his means of transportation to the area.

Initially, he said he was on in a taxi which had the eight packs of drinks in plastic bottles but later he mentioned that he was on a motorbike followed by the taxi.