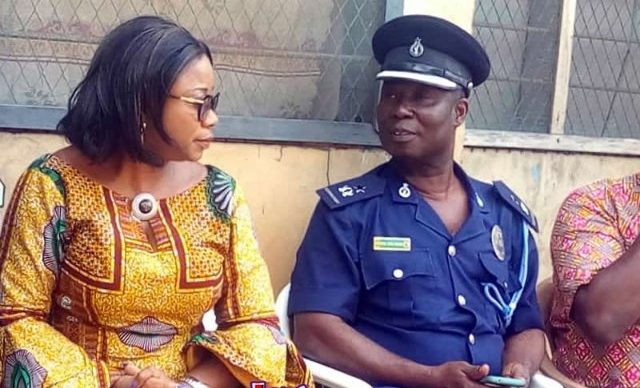 A happy ending is beckoning in the sad tale of the three missing girls reported kidnapped in Takoradi, the Western Region capital.

Hours after the Director-General of the Criminal Investigation Department (CID), Deputy Commissioner of Police, Maame Tiwaa Addo-Danquah, disclosed that there is an imminent collaboration between Ghanaian investigators and their counterparts from the United States of America and the United Kingdom, the Minister of Gender and Social protection, Cynthia Morrison has also revealed to the press that the kidnapped girls are still alive.

The minister said this during her visit to the home of Priscilla Mantsebea Koranchie, the fifteen-year-old student of Sekondi College who was kidnapped on the December 21 last year at Nkroful junction.

Responding to concerns whether or not the girls are alive, the minister said “it could be but we haven’t gotten there because according to them [Police] he [the suspect] said they are still alive. So let us take it from there. We should not speculate. We should hold on to what he said.”

The minister, who appears relieved that the suspect is now talking, added “I am happy the culprit has started talking; that is what I wanted because I did not believe he will not talk. He has to talk and he is talking. From here I am going to see him. And then talk to him and see where we can get to.”

According to Joy News’ Western Region correspondent Ina-Thalia Quansah, the minister said the assurance of the girls being alive was given to her by the Director General of the CID.

This revelation will put to rest fears by the general public and that of some family members of the victims that the girls may be already dead.

The minister had gone to the family of the kidnapped girls Sunday morning to comfort and assure them of governments’ commitment to doing everything within its power to rescue the missing young ladies.